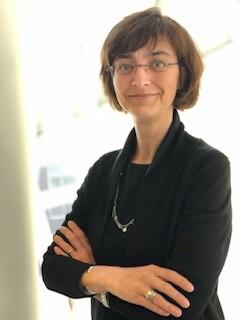 Giulia was born in Milan where she graduated in Foreign Languages from Università Cattolica del Sacro Cuore. During her academic career, she studied abroad at the Catholic University of Eichstätt in Germany. Giulia also holds a Master’s degree in Human Resources from the same Milanese university.

Giulia began her professional career as a consultant for TMP World Wide, a research and selection company for personnel. She then moved into the corporate world: since 1999 she has held various management positions in the field of human resources at leading multinational pharmaceutical companies (Bayer) in Milan and Leverkusen, finance (Crédit Agricole) and manufacturing (Famar). From 2011 to 2019 she worked at Syngenta, a research and development company in the agricultural sector (agrochemicals and genetics). In addition to her role as HR Head for Italy, she led change and transformation projects at the EAME and Global regional level. Since early 2019 she was also in charge of supervising the Southern European area (Spain, Greece and Turkey).

Fascinated by Human Technopole’s mission and by the possibility of contributing to the creation of a new international research center in her city of origin, in August 2019 she joined the Foundation. In her new role, Giulia oversees activities relating to the recruitment, management, reward and organizational development of HT.