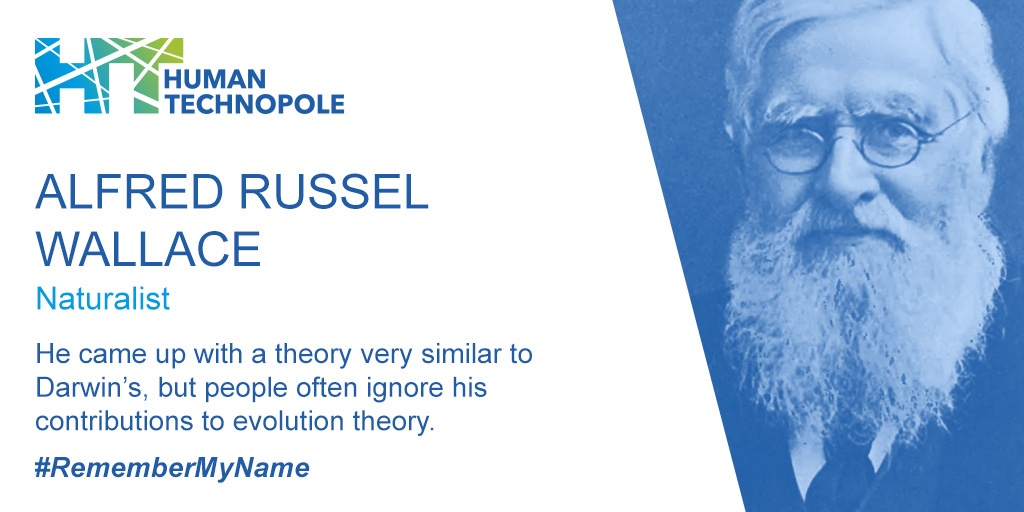 Alfred Russel Wallace was a British naturalist who is best known for developing the theory of evolution based on natural selection which further promted Charles Darwin to write On the Origin of Species. He spent several years abroad, travelling throughout Latin America and South East Asia observing the local flora and fauna. His work in the Malay peninsula allowed him to establish the “Wallace Line”, separating the archipelago of Indonesia into two parts: one where animals are mosly of Asian origin, and one where they are mainly of Australian origin.