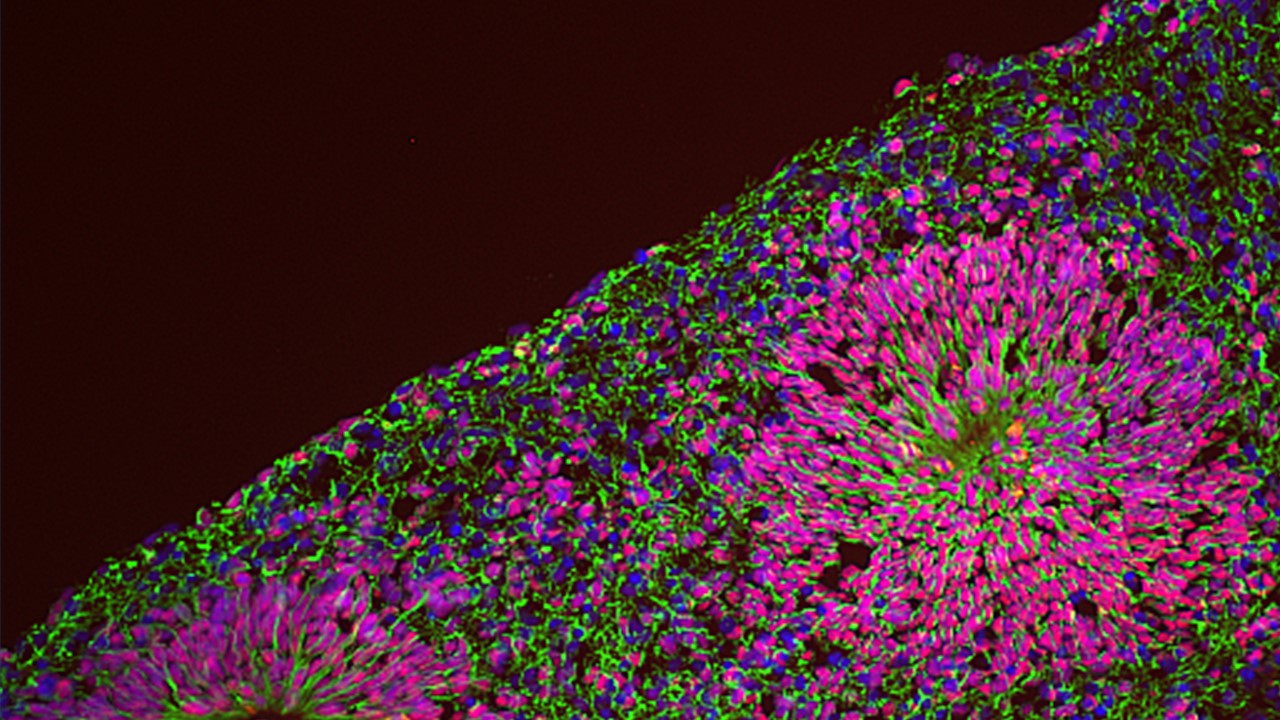 The Testa Group harnesses the unprecedented potential of cell reprogramming to study the molecular basis of human neuropsychiatric and neurological diseases (NPD), by chasing the dynamics of their unfolding in physio pathologically relevant models and straddling multiple scales of analysis from single cell resolution to organismal function.

One of the most tangible outputs of somatic cell reprogramming has been a paradigm shift in our ability to model human diseases, for which fundamental limitations have been so far: i) the scarce availability of primary diseased tissues, which is particularly salient for disorders of the nervous system; and ii) the difficulty of reconstructing developmental and patient-specific trajectories during the unfolding of diseases.

We are thus pursuing NPD modelling with human induced pluripotent stem cells (iPSC) coupled with the differentiation into relevant lineages through a range of complementary experimental paradigms, including glutamatergic neurons by induced expression of neurogenin-2 (NGN2), neural crest stem cells and 3-dimensional brain organoids that recapitulate salient stages of early brain development, including the diversity of cell populations unique to the human brain. This is allowing us to dissect the genetic and environmental components of NPD pathogenesis, by means of several “omics” approaches at a bulk and single cell resolution integrated with high throughput imaging and functional in vitro and in vivo assays.

Finally, the prism of human neurodevelopmental disorders is also allowing us to investigate the logic of the gene regulatory networks underlying the evolution of the modern human face and brain, integrating the analysis of craniofacial dysmorphologies and brain alterations to illuminate the evolutionary-developmental trajectories underlying the modern human condition.