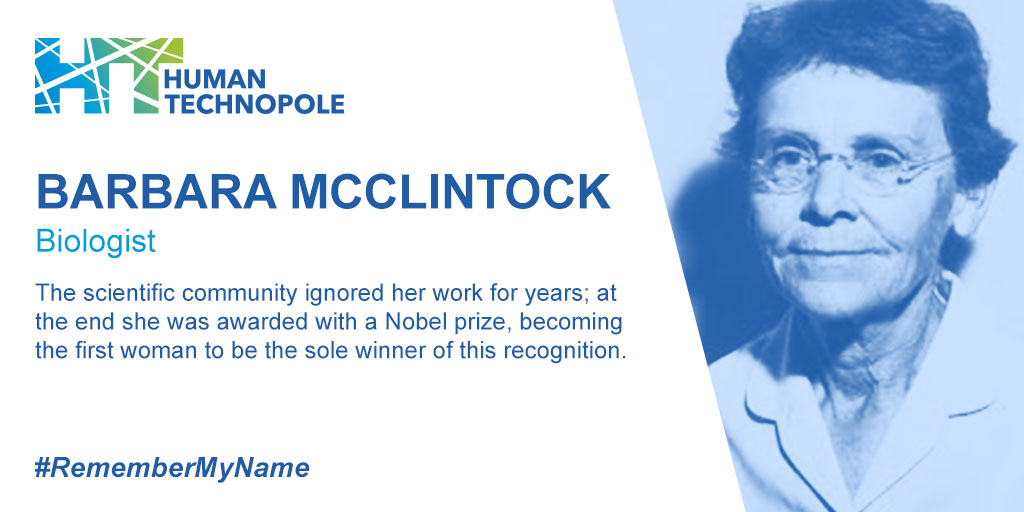 McClintock, whose father was a physician, took great pleasure in science as a child and evidenced early the independence of mind and action that she would exhibit throughout the rest of her life. After attending high school, she enrolled as a biology major at Cornell University in 1919. She received a B.S. in 1923, a master’s degree two years later, and, having specialized in cytology, genetics, and zoology, a Ph.D. in 1927. During graduate school she began the work that would occupy her entire professional life: the chromosomal analysis of corn (maize). She used a microscope and a staining technique that allowed her to examine, identify, and describe individual corn chromosomes.

In 1931 she and a colleague, Harriet Creighton, published “A Correlation of Cytological and Genetical Crossing-over in Zea mays,” a paper that established that chromosomes formed the basis of genetics. Based on her experiments and publications during the 1930s, McClintock was elected vice president of the Genetics Society of America in 1939 and president of the Genetics Society in 1944. She received a Guggenheim Fellowship in 1933 to study in Germany, but she left early because of the rise of Nazism. When she returned to Cornell, her alma mater, she found that the university would not hire a female professor. The Rockefeller Foundation funded her research at Cornell (1934–36) until she was hired by the University of Missouri (1936–41).

In 1941 McClintock moved to Long Island, New York, to work at the Cold Spring Harbor Laboratory, where she spent the rest of her professional life. In the 1940s, by observing and experimenting with variations in the coloration of kernels of corn, she discovered that genetic information is not stationary. By tracing pigmentation changes in corn and using a microscope to examine that plant’s large chromosomes, she isolated two genes that she called “controlling elements.” These genes controlled the genes that were actually responsible for pigmentation. McClintock found that the controlling elements could move along the chromosome to a different site, and that these changes affected the behaviour of neighbouring genes. She suggested that these transposable elements were responsible for new mutations in pigmentation or other characteristics.

McClintock’s work was ahead of its time and was for many years considered too radical—or was simply ignored—by her fellow scientists. Deeply disappointed with her colleagues, she stopped publishing the results of her work and ceased giving lectures, though she continued doing research. Not until the late 1960s and ’70s, after biologists had determined that the genetic material was DNA, did members of the scientific community begin to verify her early findings. When recognition finally came, McClintock was inundated with awards and honours, most notably the 1983 Nobel Prize for Physiology or Medicine. She was the first woman to be the sole winner of this award.