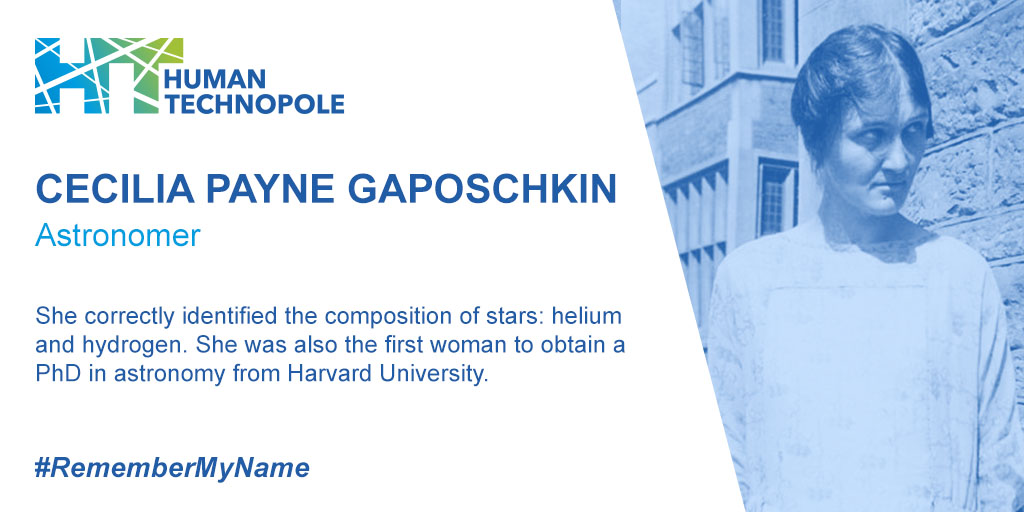 Cecilia Payne Gaposchkin was a British American astronomer who studied the composition of stars (helium and hydrogen) and classified them on the basis of their temperature. Her theories were initially dismissed by other scientists who believed stars where made of the same composition as the Earth. In 1925, she was the first woman to obtain a PhD in astronomy at Harvard University. She also became a lecturer in astronomy at Harvard but her courses failed to appear in the university catalogue until years later.