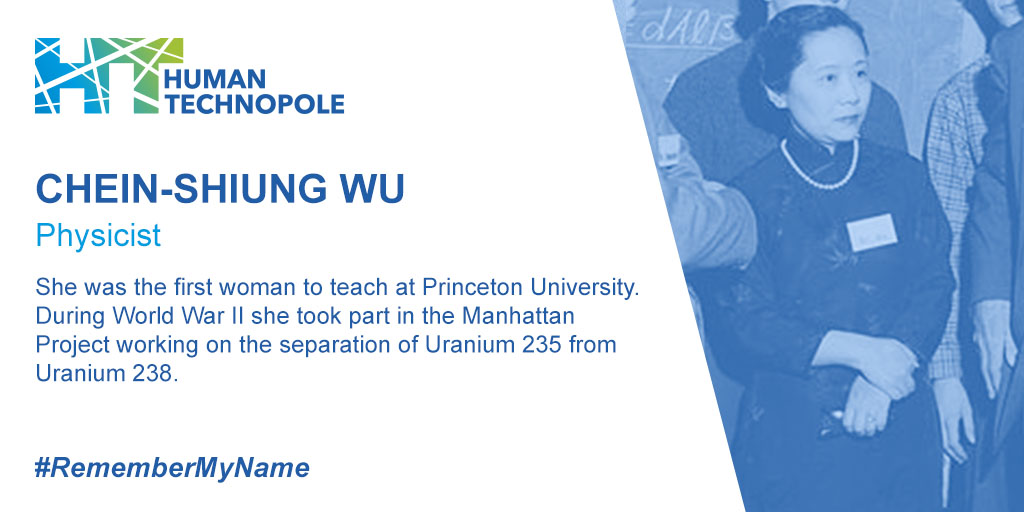 Chien Shing Wu was a Chinese physicist, known also as Madame Wu or the Chinese Marie Curie. She studied in the United States where she concentrated her efforts on uranium fission. She became the first woman to teach at Princeton University and during World War II she collaborated with the Manhattan Project focussing on the separation of Uranium 235 from Uranium 238. Over the years, her research studies focussed mainly on beta decay. She worked alongeside fellow scientists Tsung Dao Lee and Chen Ning Yang who were awarded in 1957 with a Nobel Prize, which excluded Madame Wu.