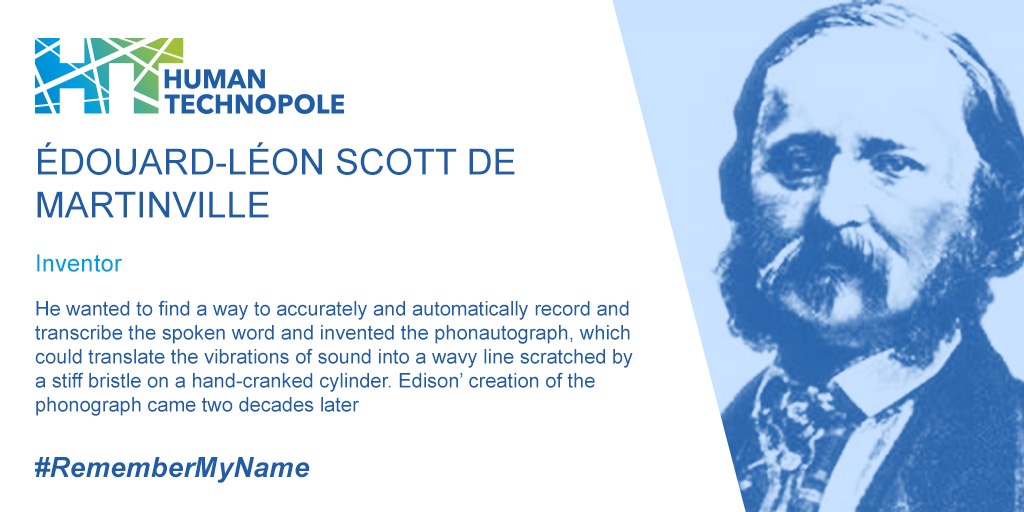 Édouard-Léon Scott de Martinville was a French bookseller and printer who he tried to create a mechanical instrument capable of transcribing vocal sounds. Studying auditory anatomy, he built a device that imitated the functioning of the ear: an elastic limb and a series of levers acted as a tympanum and bones; a horn collected sounds and a diaphragm vibrated a bristle that reproduced the sounds in the image. His invention took the name of phonautograph. It anticipated Edison’s phonograph by two decades and was distinguished from the latter by the fact that it couldn’t reproduce recordings. Nevertheless, it was used for scientific studies on sound waves.