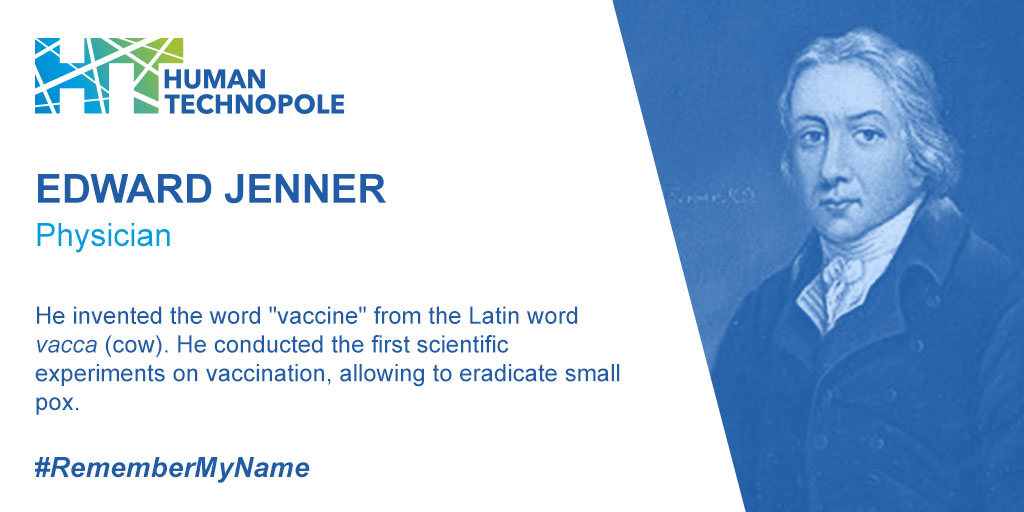 Edward Jenner was a British scientist who is considered the “father of immunology” for conducting the first scientific experiments on vaccination. He came up with the word “vaccine” from the Latin vacca (cow). He was heavily criticised for this initial experiments which included inserting bacteria from cow pox into young children to protect them from small pox. His studies were disregarded for the most part of his life but he committed himself to sharing vaccine doses as widely as possible throughout Europe and the United States. His efforts granted him the position of vaccine agent in the National Vaccine Institute to implement a national wide vaccination programme.