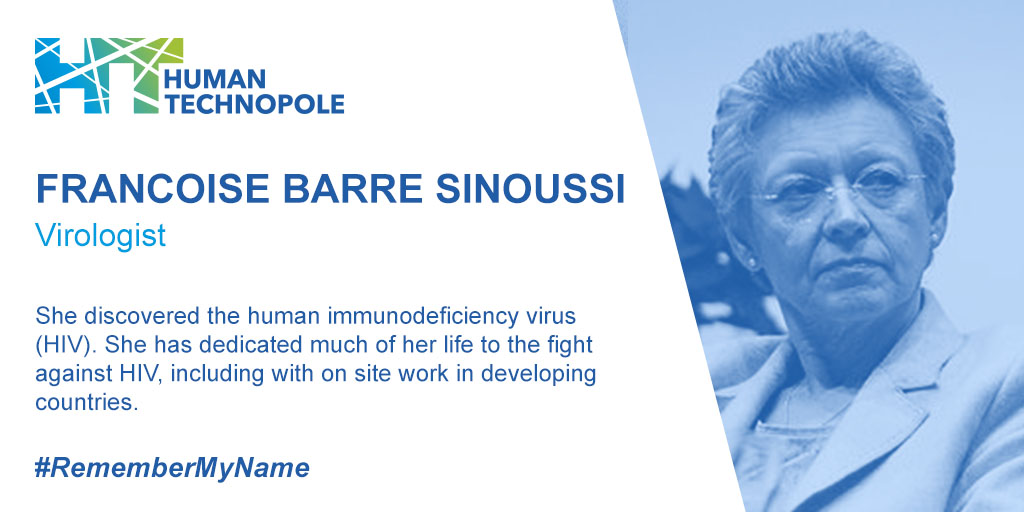 Francoise Barre-Sinoussi is a French virologist who won a Nobel prize in 2008 for the discovery – 25 years prior – of the human immunodeficiency virus (HIV). Francoise came from a modest family and began collaborating with Institute Pasteur in Paris as a volunteer before obtaining her PhD in 1975. Over the years she has actively been involved in scientific project, collaborations and initiatives with African and Asian countries most harshly hit by the virus. She has often been personally involved in communication activity to raise awareness on research efforts and promote prevention campaigns.