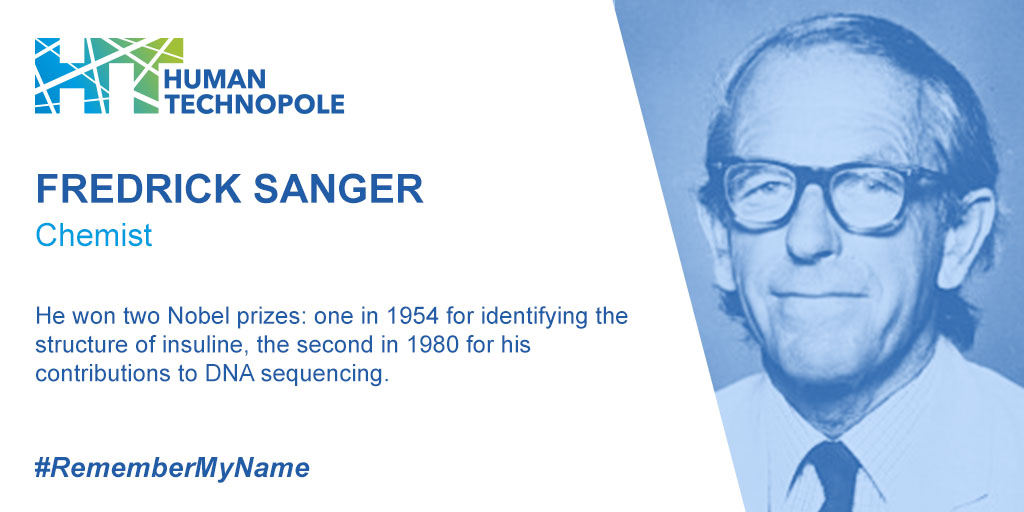 Fredrick Sanger was a British chemist, well known for his studies on the structure of proteins. In 1954 he identified the structure of insuline, a discovery which earned him a Nobel prize in 1958. In the following years, Sanger shifted his focus towards molecular biology and RNA and DNA sequencing. At the end of the 1970s his research group was the first to sequence a full genome, paving the way for era of genomics and initiatives such as the Human Genome Project. For his studies on DNA sequencing he was awarded a second Nobel Prize in 1980.