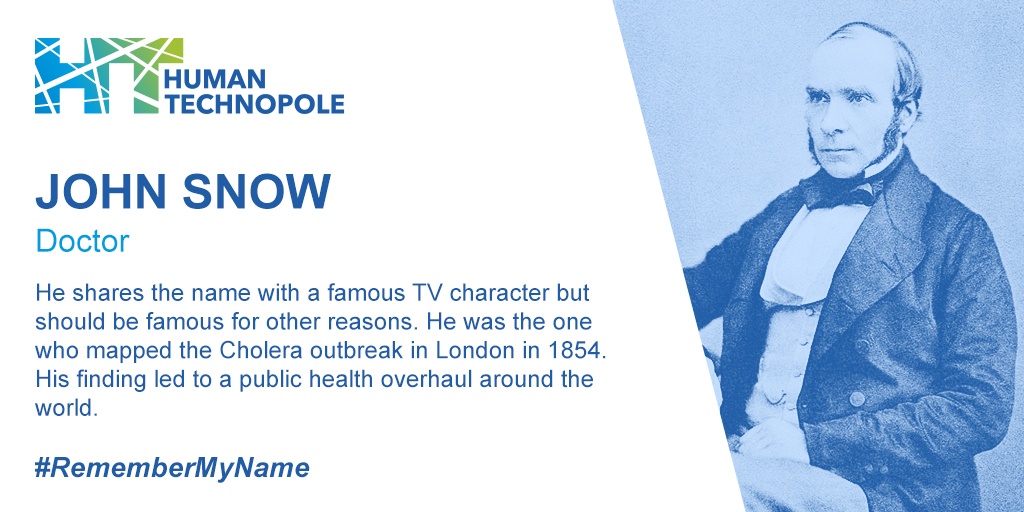 John Snow, (born March 15, 1813, York, Yorkshire, England—died June 16, 1858, London), was an English physician known for his seminal studies of cholera and widely viewed as the father of contemporary epidemiology. His best-known studies include his investigation of London’s Broad Street pump outbreak, which occurred in 1854, and his “Grand Experiment,” a study comparing waterborne cholera cases in two regions of the city—one receiving sewage-contaminated water and the other receiving relatively clean water. Snow’s innovative reasoning and approach to the control of this deadly disease remain valid and are considered exemplary for epidemiologists throughout the world. Snow’s reputation in anesthesiology, specifically in regard to his knowledge of ether and chloroform, was considerable, such that he was asked to administer chloroform to Queen Victoria when she gave birth in 1853 to Prince Leopold and in 1857 to Princess Beatrice. Snow’s achievements are considered remarkable, given his humble origin and short life; a stroke caused his death at age 45.

Snow was born in York, England, where his father worked as a labourer in a coal yard. He was the firstborn in a family of nine children. At age 14, after spending his early years at a school in York, he left home and pursued three consecutive medical apprenticeships in various regions of Yorkshire. In 1831, when visiting coal miners, he had his first encounter with cholera, a disease that would later become the focus of his scientific endeavours. By 1836 Snow had begun his formal medical education, eventually receiving a doctor of medicine degree (1844) from the University of London. In 1849 he became a licentiate (licensed specialist) of the Royal College of Physicians of London, rising to an elite level in the medical profession. He lived, conducted research, and maintained a medical practice in the Soho neighbourhood of London.

In 1846 Snow learned of the use of ether in America to relieve pain during surgery. He soon mastered its use, and in 1847 he was appointed as anesthesiologist at St. George’s Hospital. Later that year he started working with chloroform. Finding the prevailing drops-in-handkerchief method to be too crude, he developed an apparatus that improved both the safety and the effectiveness of chloroform. His success with administering chloroform to Queen Victoria produced a dramatic increase in the social acceptance of gaseous anesthesia. Snow spoke extensively on his work with anesthetics and wrote the influential book On Chloroform and Other Anaesthetics, which was published shortly after his death in 1858.

Many British physicians investigated the epidemiology of cholera. The first cholera epidemic in London occurred in 1831–32, when Snow was still learning his craft. When the second cholera epidemic occurred, in 1848–49, he and others founded the London Epidemiological Society, intending to advise the government on ways to combat the disease. Snow reasoned that cholera was caused by a microbelike agent, or germ, that was spread through direct fecal contact, contaminated water, and soiled clothing. However, his theory was at odds with the then prevailing theory that cholera was spread by bad air, or miasma, arising from decayed organic matter. The two etiologic hypotheses—germ theory and miasma—were widely debated, with available clinical and population-based evidence serving as the basis for arguments from both sides. The etiologic debate raged for many years. It was not until the causative organism, Vibrio cholerae (initially discovered in 1854), was well characterized in the 1880s that the debate was decided in favour of germ theory.

Snow’s respected reputation in epidemiology arose from two classic studies of the third epidemic to reach England, which began in 1853 and lasted until 1855. The first study concerned the Broad Street pump outbreak of 1854, which killed many persons in the Soho neighbourhood. He used skilled reasoning, graphs, and maps to demonstrate the impact of the contaminated water coming from the Broad Street pump. The second study was the “Grand Experiment,” also of 1854, which compared London neighbourhoods receiving water from two different companies. One company relied on inlets coming from the upper River Thames, located away from urban pollution, and the other company relied on inlets in the heart of London, where the contamination of water with sewage was common. Snow showed the harmful effect of contaminated water in two nearly equivalent populations, and he suggested intervention strategies to control the epidemic. His ideas and observations, including innovative disease maps, were published in his book On the Mode of Communication of Cholera (1855). Later, in the 1930s, Snow’s work was republished as a classic work in epidemiology, resulting in lasting recognition of his work.