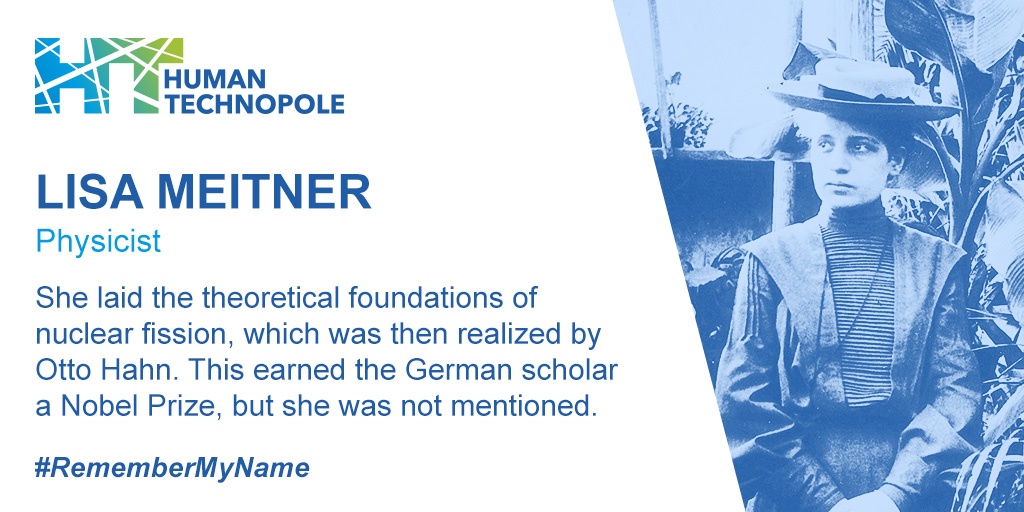 Lisa Meitner was an Austrian physicist who first provided the interpretation of the nuclear fission process and made important contributions to atomic physics. In particular, she worked together with the physicist Otto Hahn: together they succeeded in demonstrating the phenomenon of “atomic recoil” and discovered some radioactive nuclides.

During her research, she discovered the isotope with atomic weight 231 of Protoactyline (Pa 91) and the isotope with the longest half-life (32760 years). With her studies she contributed to the experimental development of nuclear fission and was the first to use the term “fission” in nuclear physics to explain why uranium atoms shatter when bombarded with neutrons. Despite this, only Otto Hahn, with whom Lisa worked, was awarded the Nobel Prize.