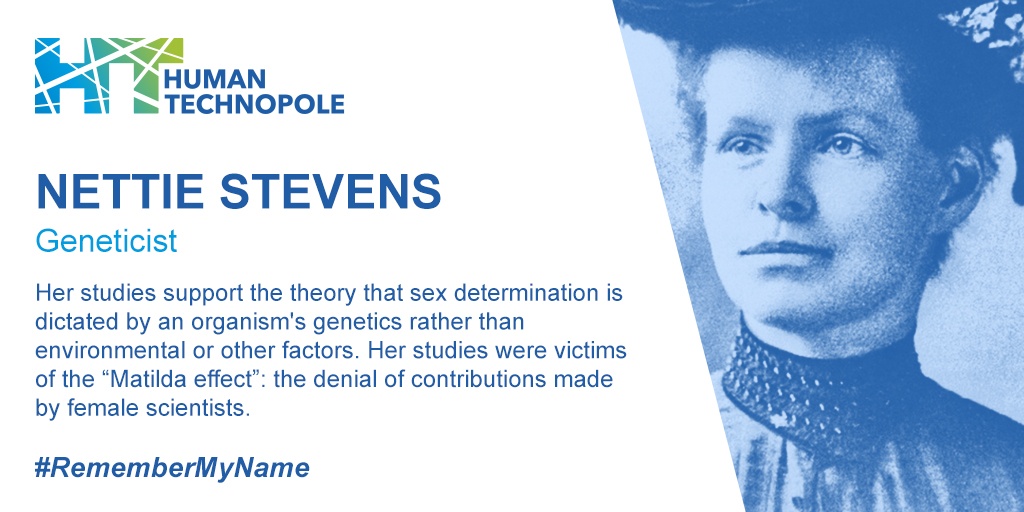 Nettie Stevens, in full Nettie Maria Stevens, (born July 7, 1861, Cavendish, Vermont, U.S.—died May 4, 1912, Baltimore, Maryland), American biologist and geneticist who was one of the first scientists to find that sex is determined by a particular configuration of chromosomes.

Stevens’s early life is somewhat obscure, although it is known that she taught school and attended the State Normal School (now Westfield State College) in Westfield, Massachusetts, in 1881–83. In 1896 she entered Stanford University, earning a B.A. in 1899 and an M.A. in 1900. She began doctoral studies in biology at Bryn Mawr College, which included a year of study (1901–02) at the Zoological Station in Naples, Italy, and at the Zoological Institute of the University of Würzburg, Germany. She received a Ph.D. from Bryn Mawr in 1903 and remained at the college as a research fellow in biology for a year, as reader in experimental morphology for another year, and as associate in experimental morphology from 1905 until her death.

Stevens’s earliest field of research was the morphology and taxonomy of the ciliate protozoa; her first published paper, in 1901, had dealt with such a protozoan. She soon turned to cytology and the regenerative process. One of her major papers in that field was written in 1904 with zoologist and geneticist Thomas Hunt Morgan, who in 1933 would win the Nobel Prize for his work. Her investigations into regeneration led her to a study of differentiation in embryos and then to a study of chromosomes. In 1905, after experiments with the yellow mealworm (Tenebrio molitor), she published a paper in which she announced her finding that a particular combination of the chromosomes known as X and Y was responsible for the determination of the sex of an individual.

This discovery, also announced independently that year by Edmund Beecher Wilson of Columbia University, not only ended the long-standing debate over whether sex was a matter of heredity or embryonic environmental influence but also was the first firm link between a heritable characteristic and a particular chromosome. Stevens continued her research on the chromosome makeup of various insects, discovering supernumerary chromosomes in certain insects and the paired state of chromosomes in flies and mosquitoes.