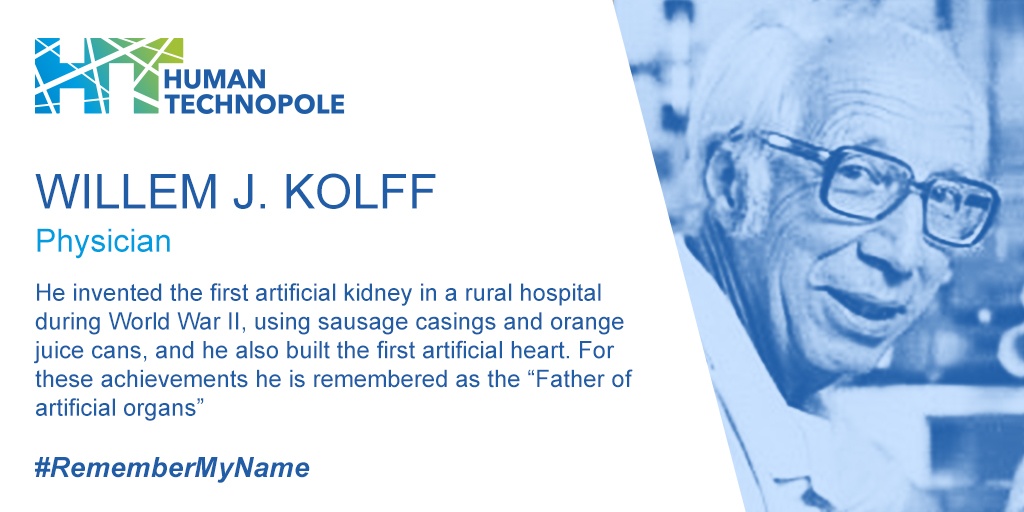 Willem Johan Kolff, Dutch-born American physician (born Feb. 14, 1911, Leiden, Neth.—died Feb. 11, 2009, Newtown Square, Pa.), was a pioneering biomedical engineer who invented the kidney dialysis machine and led the medical team that on Dec. 2, 1982, implanted the first artificial human heart in Barney Clark. After earning an M.D. (1938) from the University of Leiden, Kolff received a Ph.D. (1946) from the University of Groningen. During World War II he began work on creating the first artificial kidney, using sausage casings; this early effort paved the way for the creation of the first dialysis machine, which cleansed the blood of patients experiencing kidney failure. After immigrating (1950) to the U.S., he joined the Cleveland Clinic Foundation that same year; he retook his medical examinations and became a U.S. citizen. In 1956 he devised a membrane oxygenator used in bypass surgery. His first artificial heart was implanted in a dog in 1957 and kept the animal alive for 90 minutes. Kolff was a founding member of the American Society for Artificial Internal Organs and was the recipient of more than 120 awards, notably the Albert Lasker Clinical Medical Research Award, which he shared in 2002. In addition, Kolff designed other artificial organs, including eyes, ears, and limbs, until his retirement in 1997.