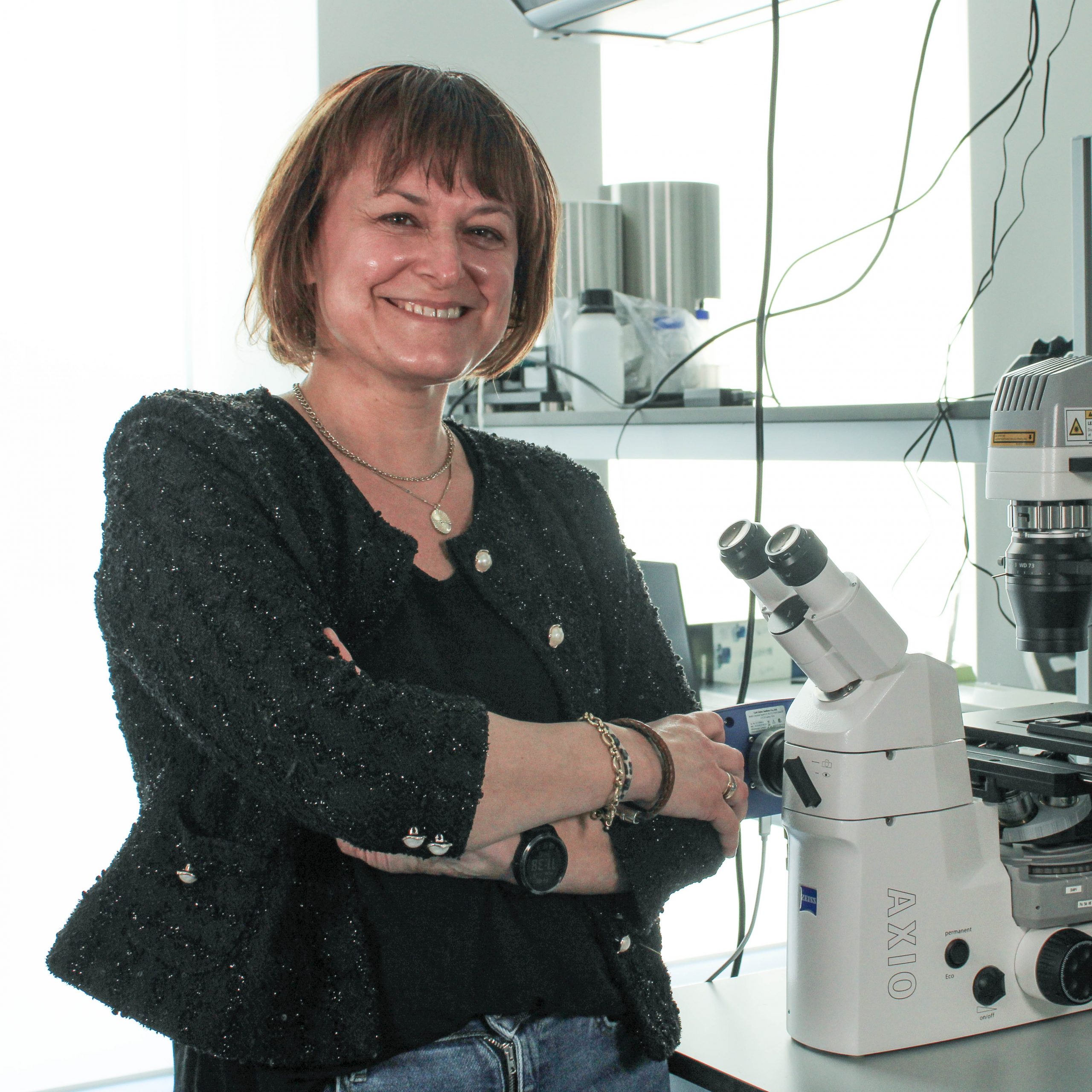 Elena Taverna is a Group Leader at the Neurogenomics Research Centre. Elena obtained her degrees in Biology at the University of Milan and she completed her PhD in Pharmacology and Toxicology at the CNR’s Neuroscience Institute in Milan, studying voltage-gated calcium channels and calcium-binding proteins in neurons.

From 2006 to 2015, she worked as post-doc researcher in the group of Wieland Huttner at the Max Planck Institute of Molecular Cell Biology and Genetics in Dresden, studying the role of polarity in neural stem cells during brain development. During her post-doc, she developed a technique to track and manipulate single neural stem cells in tissue. From 2016 to March 2021 she was a Senior Staff Scientist and Project Leader at the Max Planck Institute for Evolutionary Anthropology in Leipzig, working in the department lead by Svante Pääbo. At the MPI-EVA Elena studied the evolution of neuron structure and function in apes and humans. Following up on her previous work, she also developed a robot for the high throughput analysis of single neural stem cells in tissue.