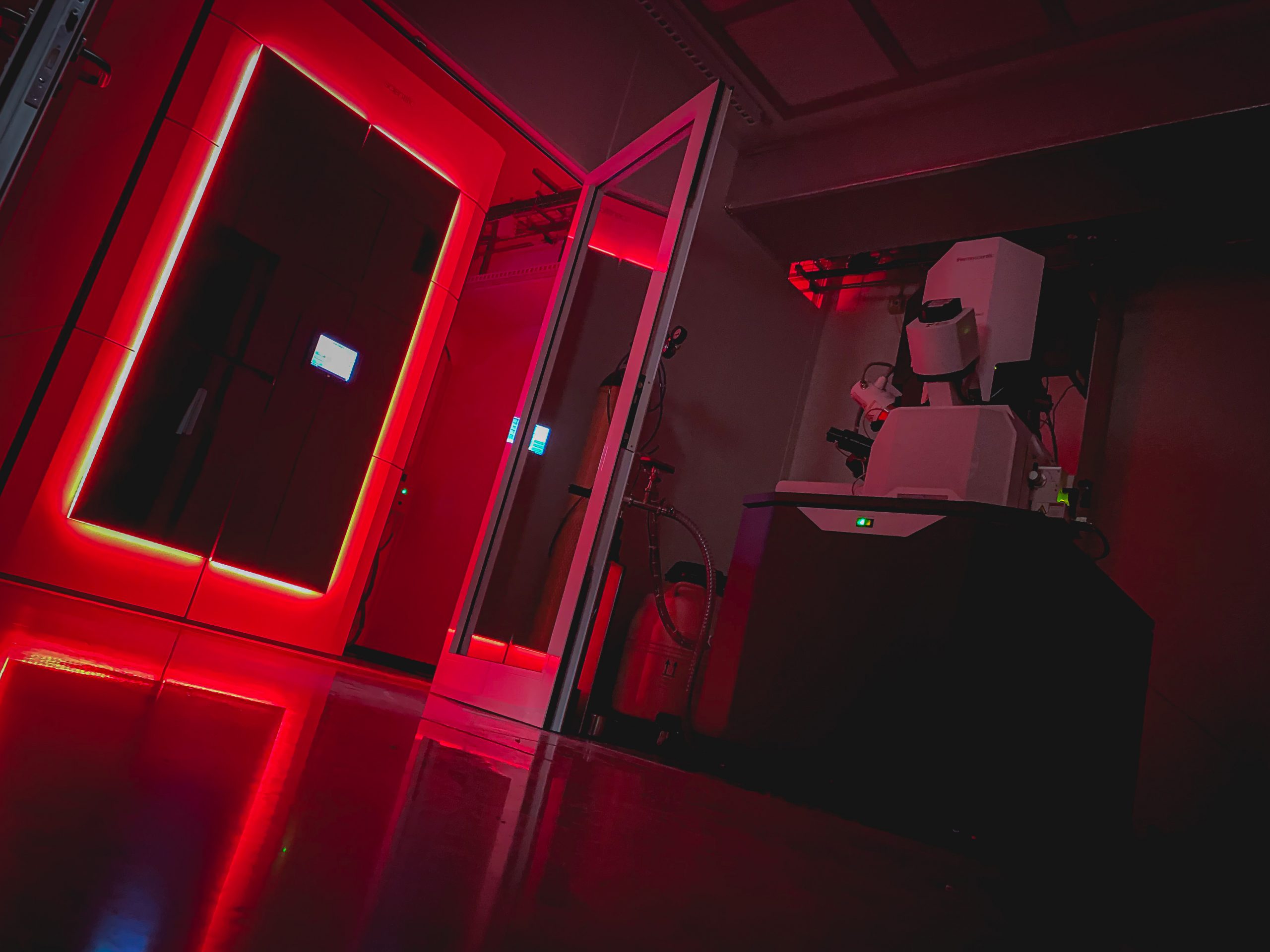 Titan Krios, Spectra, Glacios, Talos and Aquilos: these are the highly evocative names of the cryo-electron microscopes which Human Technopole has installed in its first major facility. These instruments are unique in Italy and among the most advanced in the world. Compared to more traditional electron microscopes they magnify at a much higher resolution, allowing researchers to observe cells and molecules at atomic scale. With the delivery of the first four instruments the life sciences institute marks an important step forward in the development of its scientific activity. Two of the microscopes are already operational and available to HT’s scientists and researchers in a test phase, two are currently being set and calibrated, while a fifth microscope will be delivered in the coming weeks.

The microscopes are part of a dedicated Cryo-Electron Microscopy Facility, hosted within the North Pavilion, a former EXPO Milan 2015 building which over the course of the last year has undergone extensive refurbishment work to satisfy the needs of the microscopes, which require special, very stable, bases to ensure the absence of vibrations and support their considerable weight and size – the biggest is about 3 meters tall.

The Facility will make it possible to advance our theoretical knowledge of biology, while also bringing concrete benefits to people’s health. For example, by deepening our knowledge of the structure of proteins and other macromolecules it might be possible to develop new targeted drugs. The microscopes can be used individually or in an integrated way: the least powerful instruments will be used to select the most suitable samples to be analysed in more depth by the higher resolution microscopes. This synergy will allow to optimise the work of the most powerful tools, speeding up the research process and increasing the amount of information that we can acquire from the study of a single molecule.

The Facility will be led by Prof. Alessandro Vannini, who was previously Deputy Head of Division at the Institute for Cancer Research in London. It will be managed by Paolo Swuec, biochemist with a PhD in Structural Biology at the Francis Crick Institute (UK).

Human Technopole Foundation President Marco Simoni underlines: “The arrival of the cryo-electron microscopes represents an important advancement in the development of Human Technopole. The fact that they are among the most advanced tools in the world underlines the breadth of our project, which is designed to become a centre of excellence at the international level. At the same time, they reflect the nature of HT as a hub for the entire scientific community as the facility will be open to projects from other Italian research institutes”.

Prof. Iain Mattaj, Director of Human Technopole comments: “Cryo-electron microscopy is a real revolution for biology and the study of the function of cells. For this reason, its inventors were awarded the Nobel Prize for Chemistry in 2017. At Human Technopole, the use of CryoEM will be transversal and integrated across various research centres: structural biologists will work side by side with researchers from the Genomics and Neurogenomics Research Centres to study the structure and function of genes and proteins involved in neurodegenerative and neuropsychiatric diseases as well as tumours”.

This technology has revolutionised life sciences research and in particular structural biology. It allows to study the three-dimensional structure of macromolecules, meaning those molecules with a large number of atoms that are involved in all the main biological processes of cells. With cryo-electron microscopy, samples are rapidly frozen using a process that preserves the biological structure of macromolecules, blocking any possible movement. This allows for an easier and more precise observation, allowing to obtain a large amount of information.