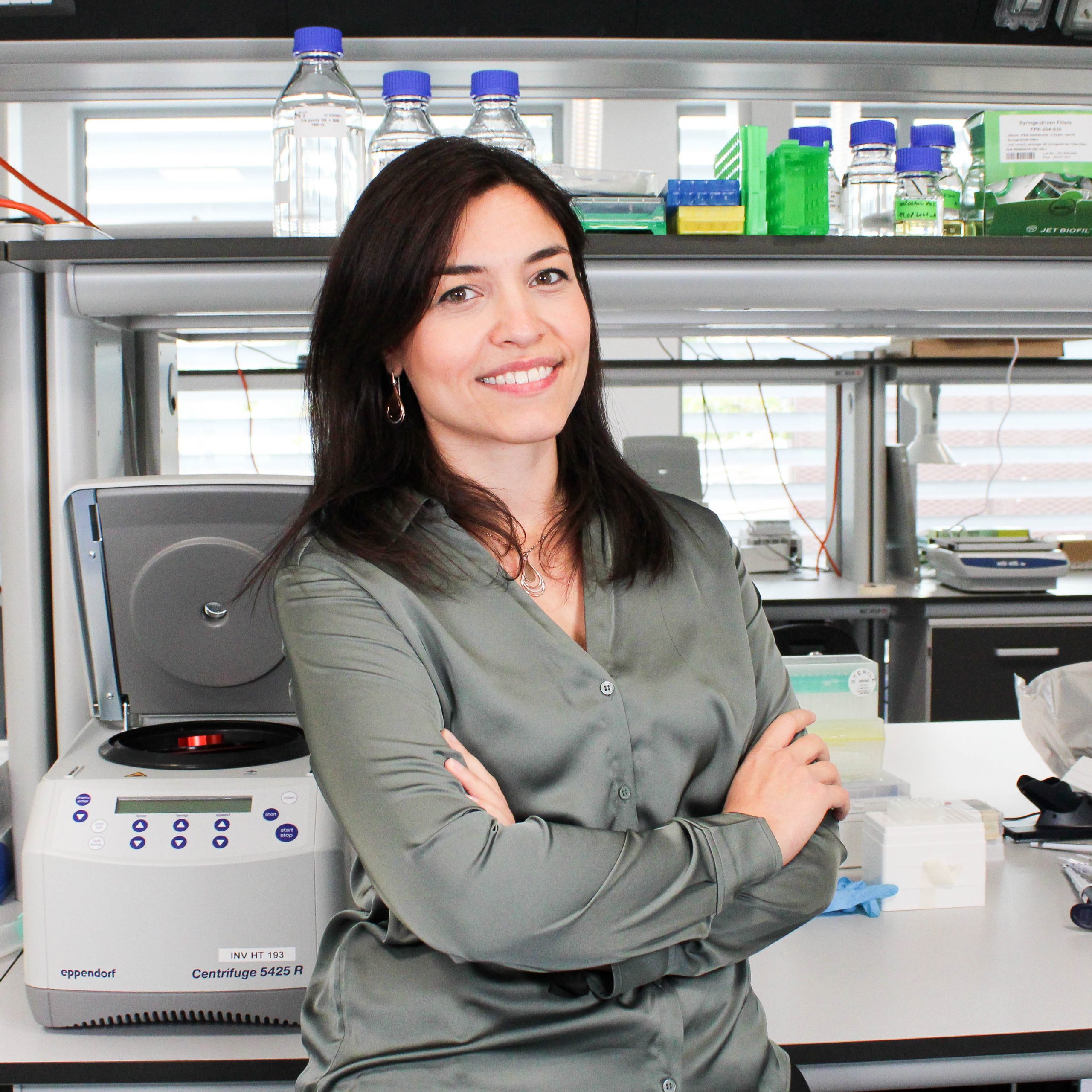 A research project that focuses on the thyroid and its function, proposed by Dr Francesca Coscia of Human Technopole, has been awarded with an ERC Starting Grant, one of the most important European grants supporting young scientists at the beginning of their independent research career.

Francesca, a Group Leader in the Human Technopole Structural Biology Centre, conceived and will lead the research project financed by the ERC with about 1.5 million euros. The project, called “Thyromol”, aims at investigating how the molecular mechanisms of production, release and storage of thyroid hormones are cross-regulated to achieve properly regulated bodily levels of thyroid hormones.

These hormones are based on iodine and are essential for the homeostasis and development of humans and other mammals and vertebrates. Their dysregulation severely affects human health. According to the Istituto Superiore di Sanità, one in 3.000 newborns suffers from a thyroid disease. During adulthood, these conditions affect women more frequently than men, the former having a 20 percent chance of developing thyroid problems later in life.

Francesca Coscia, Group Leader at the Human Technopole Structural Biology Center, states: “Knowing the molecular mechanisms that regulate the production of thyroid hormones can have important repercussions for the treatment of pathologies arising from their imbalance. Thanks to research and clinical practice, today we can partially regulate the functioning of this gland, for example by controlling dietary iodine. However, in some cases, a higher iodine intake does not correspond to increased production of thyroid hormones. Our research aims at revealing the function of the thyroid at the molecular level, laying a solid foundation for alternative and more targeted strategies for controlling the synthesis of thyroids hormones”.

Human Technopole Director Iain Mattaj says “The grant awarded by the ERC is an important recognition of the whole Human Technopole project. Studying the complexity of thyroid hormone synthesis at high resolution in a native environment is possible thanks to HT’s investments in cutting-edge technologies and tools such as cryo-electron microscopy and organoid production platforms, which in combination make HT uniquely equipped for this and other projects. This grant signals the start of 2022, a year during which HT will undergo further expansion and welcome numerous high-level researchers. To date, HT research staff consists of 100 professionals, 70% coming from abroad”.

The Thyromol project is based on previous work by Francesca Coscia, carried out at the Laboratory of Molecular Biology in Cambridge (UK) and published in the prestigious international journal Nature in 2020. For the first time, this study revealed the 3D structure of thyroglobulin, a large thyroid protein that is essential for the biosynthesis of thyroid hormones. Furthermore, it demonstrated that the thyroid gland produces seven thyroid hormone molecules per each molecule of thyroglobulin. This represented an important step forward in our understanding of the molecular mechanisms regulating thyroid function and its pathologies.

At Human Technopole, the “Thyromol” project aims at deepening these findings using cutting-edge technologies and tools such as cryo-electron microscopy, which allows the study of the three-dimensional structure of molecules at the atomic level, and a facility for the generation of organoids, simplified and miniaturized versions of organs revealing their functional characteristics.

The functioning of the thyroid

Thyroxine (T4) and triiodothyronine (T3) are two main hormones produced by the thyroid. The activity of the thyroid is regulated by the hypothalamus, an area of ​​the brain, through the release of the Thyrotropin Releasing Hormone (TRH), which stimulates the pituitary gland to produce the thyrotropin, also known as Thyroid-stimulating hormone – TSH. In turns, TSH tells the thyroid to produce T4 and T3.

Iodine is the basic building block of all thyroid hormones, and is taken up through foods and water, absorbed by the intestine, and then transported to organs and tissues by the blood. Approximately 30% of all iodine, is used to produce thyroid hormones. This element not only derives from the diet, but it is also retrieved from the recycling of thyroid hormones. Thyroid cells take up iodine from the blood and deliver it to small cavities made by thyroid cells themselves called follicles.

Thyroglobulin is a large protein found in the thyroid follicles that, by combining with iodine, gives rise to T4 and T3. These hormones are stored in the follicles and released into the bloodstream according to metabolic needs.

Thyroid hormones are important for the body, starting from the first years of life when they also influence the development of the central nervous system. Among their main functions, T4 and T3 regulate cell metabolism, which provides the body with energy for its functions. Thyroid hormones increase basic metabolic activities and therefore influence energy consumption even at rest, thereby affecting body weight, blood flow and heartbeat. In addition, these hormones regulate the gastrointestinal system by controlling the contraction of the intestinal walls that move the food inside it, the development and function of the central nervous system, and muscle contraction.