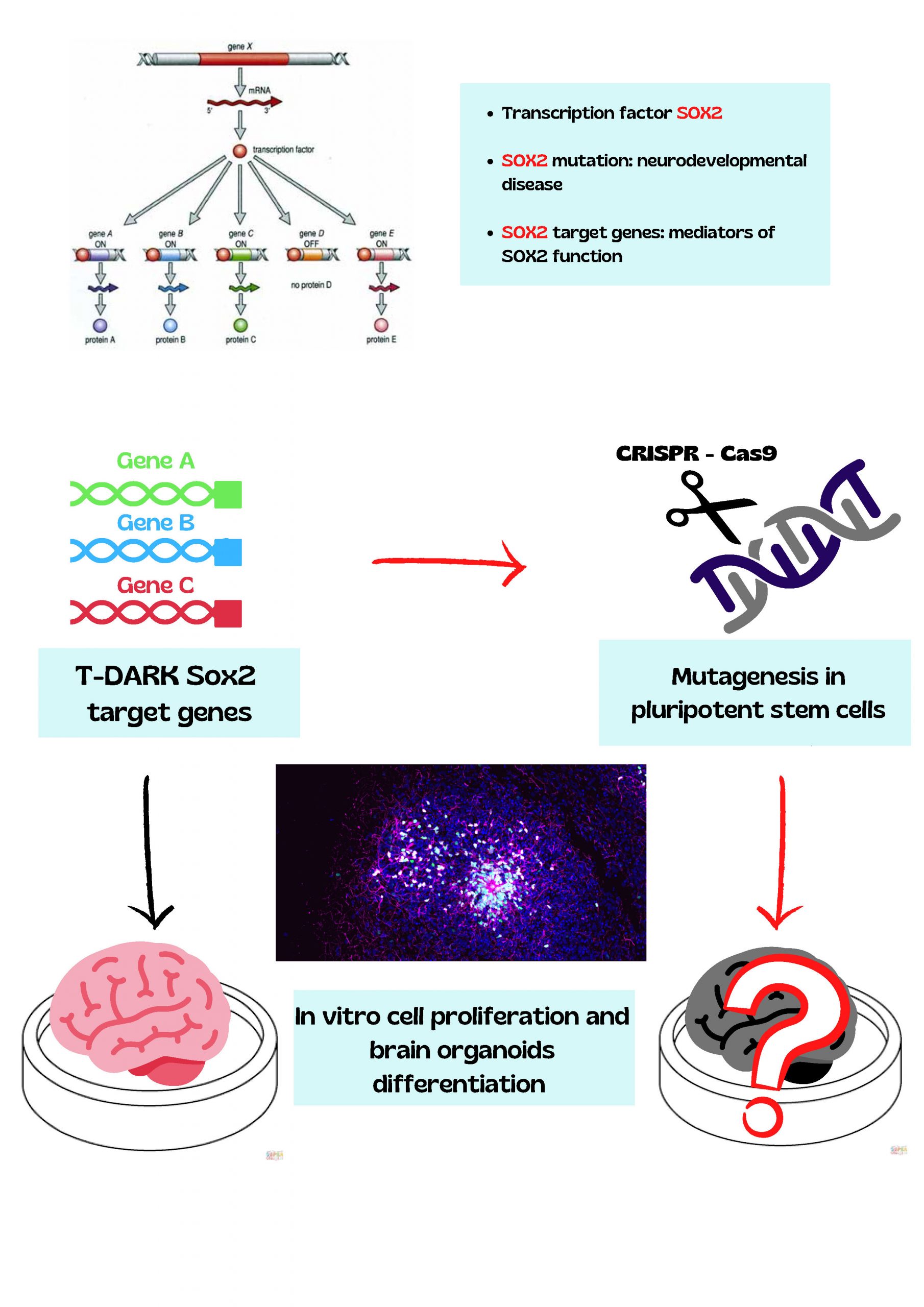 A research project focussing on rare diseases by Prof. Silvia Nicolis, in the Department of Biotechnology and Biosciences at the University of Milan Bicocca, in collaboration with Veronica Krenn, young researcher among the five winners of the first edition of HT’s Early Career Fellowship (ECF) Programme, and Prof. Giuseppe Testa, Head of the HT’s Neurogenomics Research Centre, has been awarded 240,000 euros grant from Alleanza Fondazione Telethon-Fondazione Cariplo. The project (described here below) deals with the identification of genes expressed in the nervous system and potentially important in the genetic pathology of brain development.

The ECF programme – currently in its second edition – is aimed at talented young Italian and foreign researchers, who want to start their own independent research activity at an Italian institution or University. Each winner receives a scholarship of 200,000 Euros per year to develop innovative projects in the life sciences. In her ECF research program, Veronica Krenn intends to understand the role of the various components of the immune system in the onset of neurodevelopmental diseases, by using cerebral organoids – mini-organs grown in vitro from patient-derived stem cells and mimicking the human brain – functional genomics, and innovative cell profiling methods.

The project funded by Cariplo-Telethon makes joint use of the long experience of Prof. Nicolis in the study of the genetics of the nervous system and of the methodologies recently developed by Dr. Krenn at the prestigious Institute for Molecular Biotechnology of the Austrian Academy of Sciences (IMBA) in Vienna. This collaboration takes advantage of the decision of Dr. Krenn to develop her research project at the University of Milano Bicocca, which made a laboratory available to her within the Department of Biotechnology and Biosciences. The proximity of her laboratory to the one of Prof. Silvia Nicolis, as well as their shared interests, set the ground for a fertile interaction in the conception of this new frontier research project, now selected by Alleanza Fondazione Telethon and Fondazione Cariplo among more than 200 proposals.

The joint project will involve students and PhD fellows at the University of Milano Bicocca and foresees the use of the facilities currently available at Human Technopole, thus making a vital contribution to the scientific training of new generations that is based on the development of new ideas, and on the ability to translate them into hypothesis to be tested with rigorous experiments in the laboratory. Students and young PhD fellows involved in the project will therefore carry out the research activities in various laboratories, in Italy and abroad.

Dr. Christopher Esk, post doctoral fellow at the prestigious Institute for Molecular Biotechnology of the Austrian Academy of Sciences (IMBA) in Vienna, where he has carried out research projects published in the most important international journals (Science) and Prof. Giulio Pavesi (University of Milan) will also collaborate on the project.

SOX2 is a transcription factor that is essential for maintaining pluripotency of undifferentiated embryonic stem cells. Mutations in the SOX2 gene cause developmental defects in various regions of the brain, leading to blindness, mental delay, and epilepsy. Understanding the molecular mechanisms of neurodevelopmental defects is critical to develop new therapies. Identifying genes which are important for SOX2-dependent neural cell proliferation and neuron function will also be crucial for understanding SOX2-independent neurodevelopmental diseases, which share common brain development programs.

The researchers have already identified over a thousand of SOX2-controlled genes in murine neural stem cells. Several SOX2-controlled human genes are homologs of these murine genes and belong to the category of Tdark genes, of which little is known, and represent the focus of the research project. The scientists selected 129 human Tdark genes, which are homologs of the murine genes that are less active upon Sox2 gene deletion and assume that they affect key functions in human neural cells. To identify new genes critical for neurodevelopment, the team will take advantage of a screening procedure that was recently developed for the identification of genetic defects causing microcephaly in humans and that is based on in vitro growth of human brain organoids. The screening protocol uses CRISPR-Cas9 technology and genomic sequencing to introduce gene mutations and to identify mutated genes in the organoids, respectively. This experimental set up allowed the identification of a genic mutation linked to microcephaly, the activity of which can be brought back to normal by a drug already available on the market.

The SOX2 transcription factor regulates hundreds of different genes; its mutation causes a rare, severe neurodevelopmental disease. The research will aim at mutating hundreds of different SOX2-regulated genes of unknown function (T-dark) by an innovative high-throughput screening procedure based on CRISPR-Cas9 technology, and at evaluating the consequences of individual gene mutations on the in vitro development of brain organoids. The picture shows a human brain organoid, containing neural progenitor cells expressing SOX protein (in green and magenta, image courtesy Veronica Krenn).