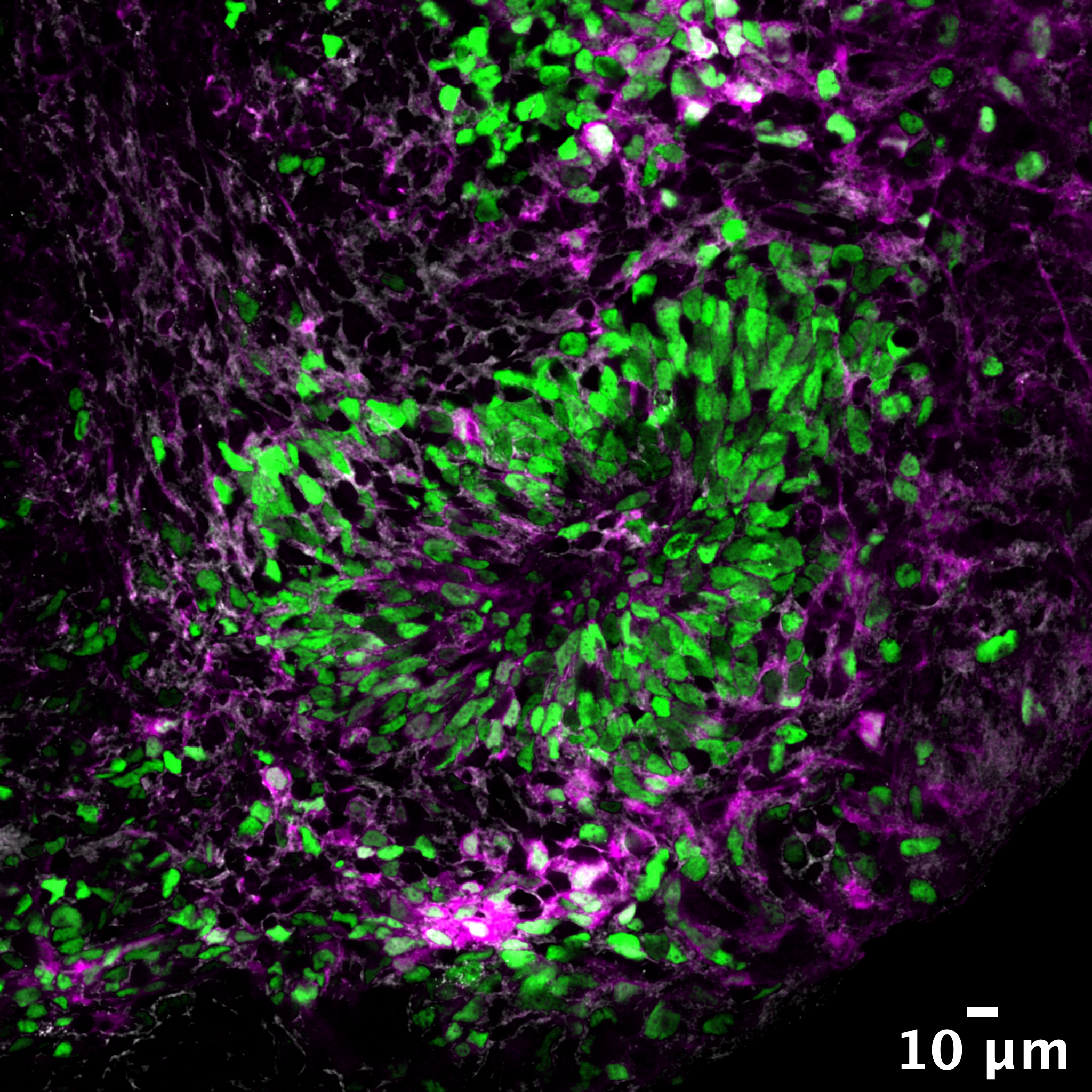 Human brain evolution has been linked to an increase in brain size and, in particular, to the expansion of the neocortex, a specialised brain region that controls higher cognitive functions such as conscious decision-making and language. The expansion of the neocortex is the result of an increased production of neuronal cells from neural progenitor cells named basal radial glia (bRG). Impaired proliferation of bRG impacts on neuronal cells and leads to the onset of neurodevelopmental disorders.

Flaminia Kaluthantrige Don and Nereo Kalebic at the HT Neurogenomics Research Centre review current research on cerebral organoids – miniature organ-like 3D structures grown from cultured pluripotent stem cells and recapitulating the key features of human brain – as a tool to investigate human brain development in vitro, thus overcoming the limitations to the access and availability of human brain specimens. The researchers discuss how forebrain organoids have been instrumental to shed light on molecular and cellular features of the bRG, and how deregulation of vital signalling pathways in bRG is involved in the onset of various neurodevelopmental diseases.

The review is published in Frontiers in Cell and Developmental Biology.

The image shows neural progenitor cells (green) lining a ventricle of a day 76 brain organoid. A subpopulation of these progenitors, called basal radial glia (bRG), marked by a bRG marker (magenta), have their proliferating niche further away from the ventricle.