Cryoelectron tomography of radial spokes in cilia and flagella 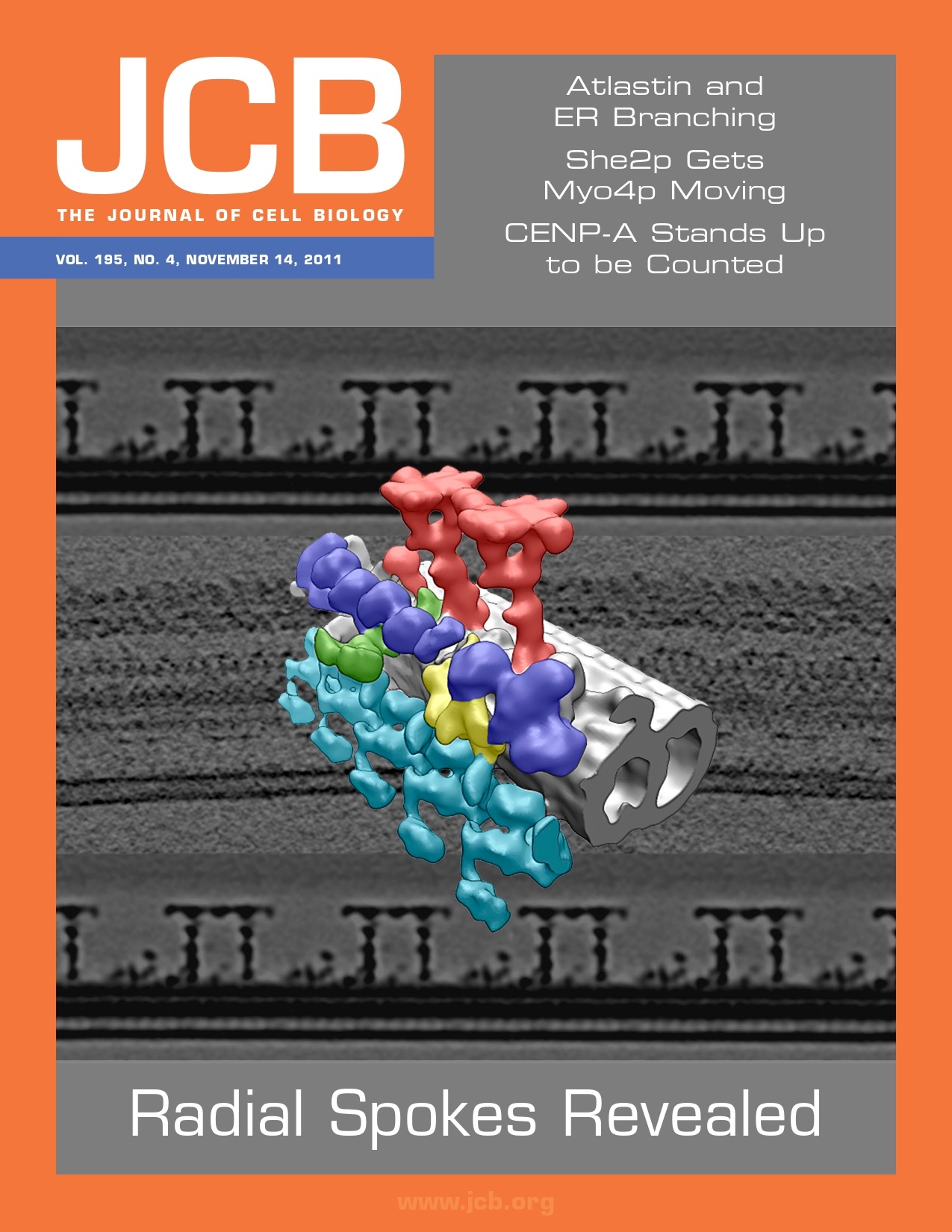 Radial spokes (RSs) are ubiquitous components in the 9 + 2 axoneme thought to be mechanochemical transducers involved in local control of dynein-driven microtubule sliding. They are composed of >23 polypeptides, whose interactions and placement must be deciphered to understand RS function. In this paper, we show the detailed three-dimensional (3D) structure of RS in situ in Chlamydomonas reinhardtii flagella and Tetrahymena thermophila cilia that we obtained using cryoelectron tomography (cryo-ET). We clarify similarities and differences between the three spoke species, RS1, RS2, and RS3, in T. thermophila and in C. reinhardtii and show that part of RS3 is conserved in C. reinhardtii, which only has two species of complete RSs. By analyzing C. reinhardtii mutants, we identified the specific location of subsets of RS proteins (RSPs). Our 3D reconstructions show a twofold symmetry, suggesting that fully assembled RSs are produced by dimerization. Based on our cryo-ET data, we propose models of subdomain organization within the RS as well as interactions between RSPs and with other axonemal components.