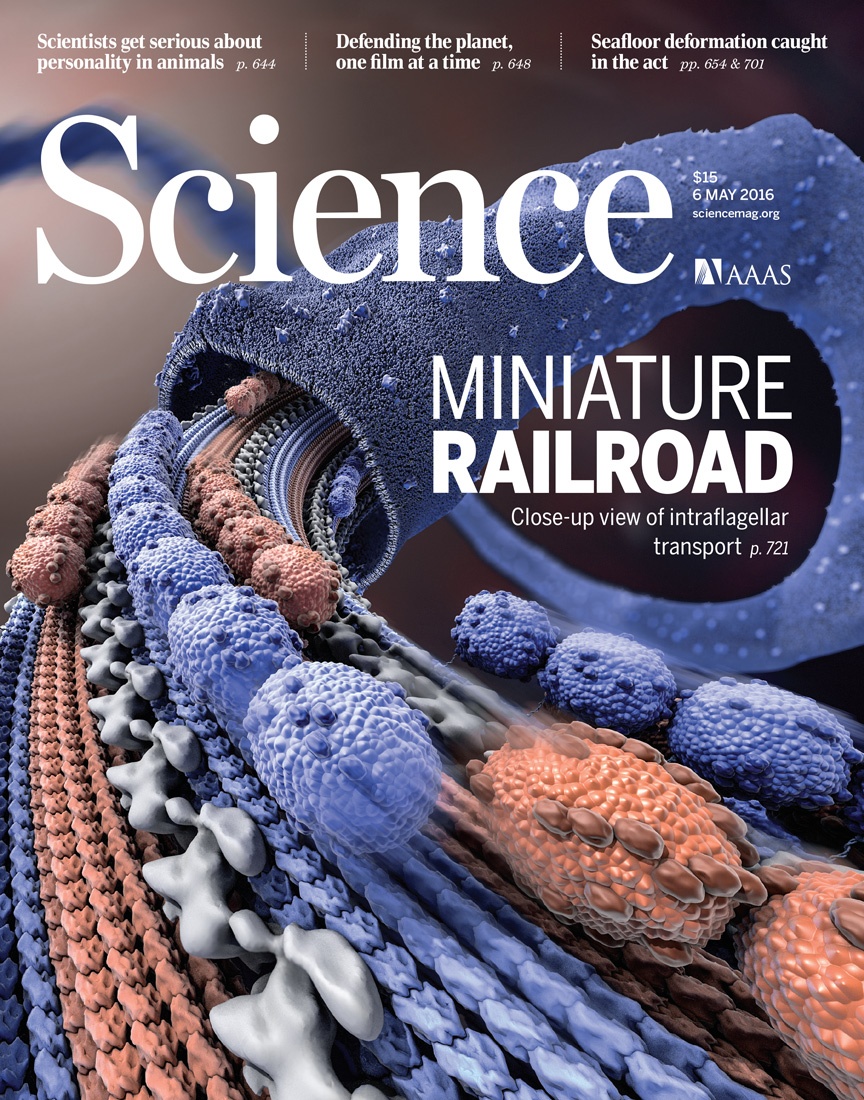 The cilium is a large macromolecular machine that is vital for motility, signaling, and sensing in most eukaryotic cells. Its conserved core structure, the axoneme, contains nine microtubule doublets, each comprising a full A-microtubule and an incomplete B-microtubule. However, thus far, the function of this doublet geometry has not been understood. We developed a time-resolved correlative fluorescence and three-dimensional electron microscopy approach to investigate the dynamics of intraflagellar transport (IFT) trains, which carry ciliary building blocks along microtubules during the assembly and disassembly of the cilium. Using this method, we showed that each microtubule doublet is used as a bidirectional double-track railway: Anterograde IFT trains move along B-microtubules, and retrograde trains move along A-microtubules. Thus, the microtubule doublet geometry provides direction-specific rails to coordinate bidirectional transport of ciliary components.