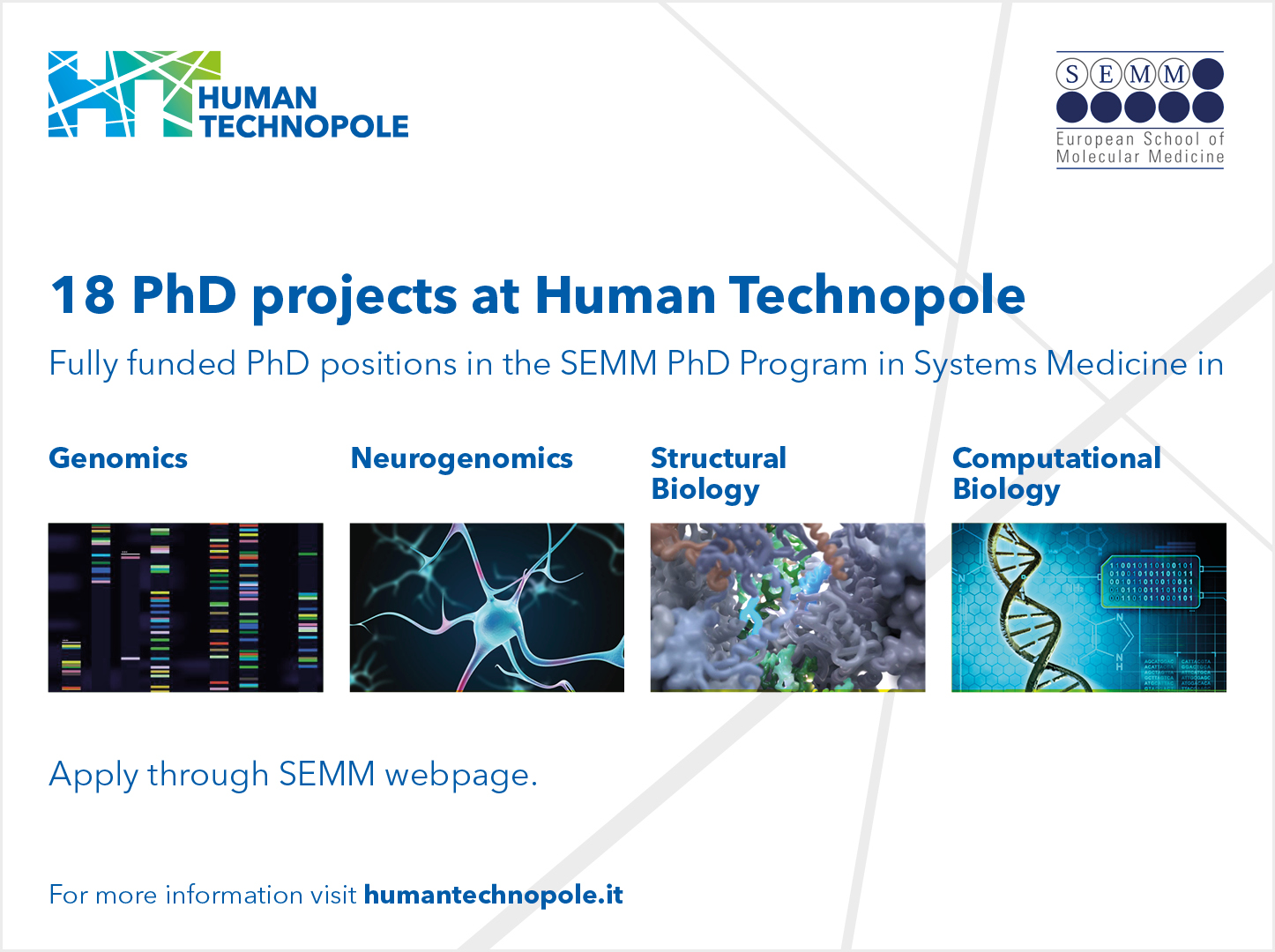 Human Technopole is offering up to 18 fully funded PhD fellowships to young scientists from the national and international community who wish to undertake a doctoral degree in Computational Biology, Genomics, Neurogenomics and Structural Biology.

We encourage applications from highly motivated graduates with outstanding academic qualifications. Successful candidates will join research groups headed by top-level scientists and will carry out their research in cutting-edge fields in a stimulating environment.

The PhDs are available through the SEMM PhD Program in Systems Medicine. Apply here. Deadline 19 July 2021!

Check out the HT groups participating in this frame: