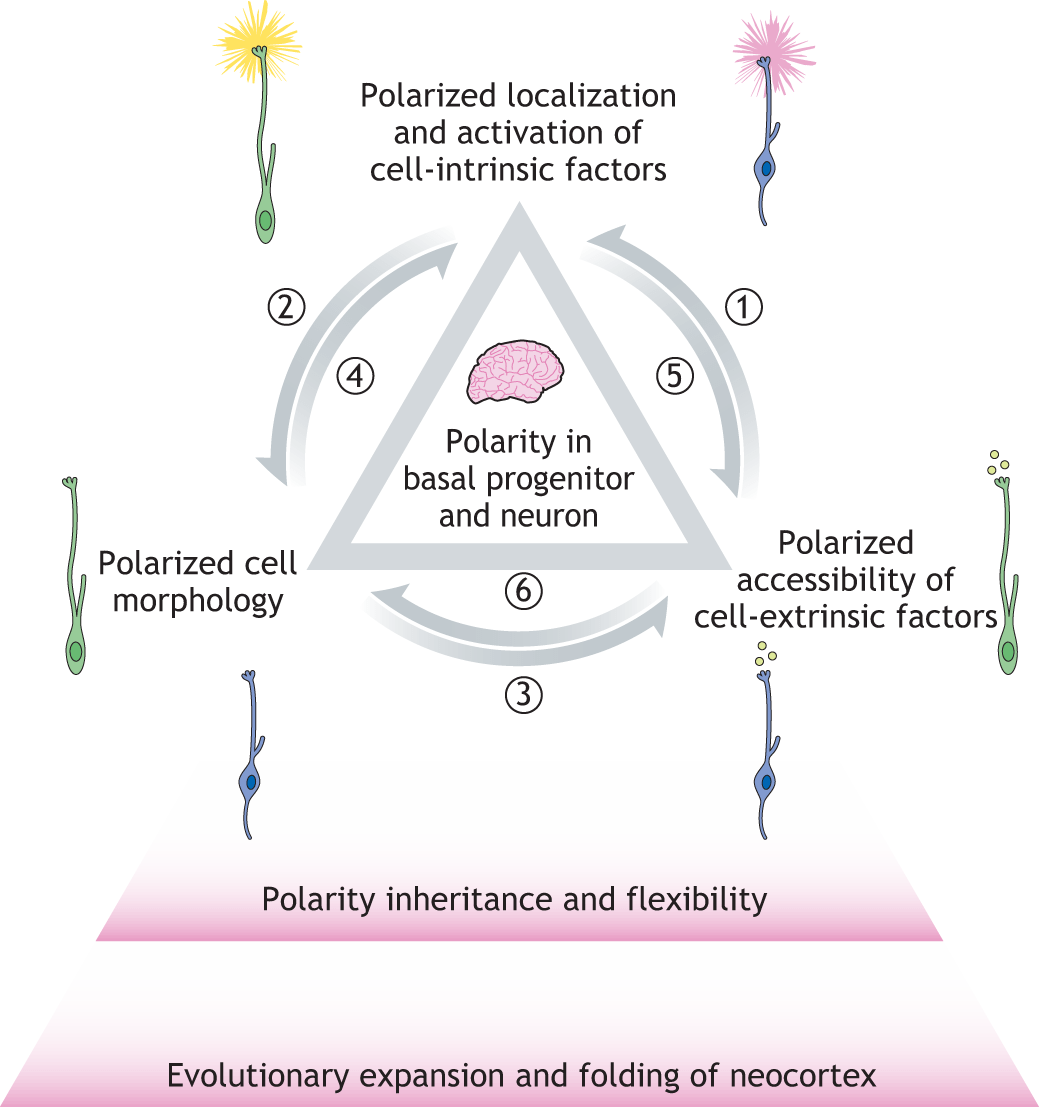 Brain contains billions of specialised cells called neurons that are key to the functioning of the nervous system. Development and evolution of the brain have been linked to the growth and size of its outer layer – the neocortex – which controls consciousness, emotion, and reasoning, as well as language and memory. In mammals, the evolution of the neocortex is primarily obtained through neural progenitors producing new neurons. Neurons and their progenitors are polarized as a result of an asymmetric distribution of intracellular molecules (molecular polarity) and an asymmetric shape (morphological polarity), both impacting on their proliferation and function.  Moreover, polarity can not only be transmitted from a mother to a daughter cell (polarity inheritance), but it is also dynamically and reversibly modulated during cell cycle (polarity flexibility).

Cell polarity has been shown to be a key feature for the development of the brain and other organs, yet the role of polarity in the evolution of the brain and in the amplification of neural progenitors is ill defined. Nereo Kalebic (HT Neurogenomics Research Centre) and Takashi Namba (Helsinki Institute of Life Sciences) discuss the role of cell polarity in mammalian brain evolution and propose that polarity inheritance and flexibility of neural progenitors synergistically promote their own amplification and neuron dispersion throughout the developing brain. This novel concept has been recently published in Development.

Kalebic and Namba suggest that increased flexibility of cell polarity boosts the proliferative capacity of different types of neuronal precursors. Furthermore, they put forward the idea that newly generated neurons undergo four different modes of polarization and that flexibility of inherited polarity, with the consequent loss of the original polarity, promotes neuron migration within the neocortex.

Elucidating how inheritance and flexibility of cell polarity control neuronal precursor proliferation and neuron migration, as well as the molecular players involved will be instrumental to confirm the proposed model and expand our understanding of brain evolution and development.