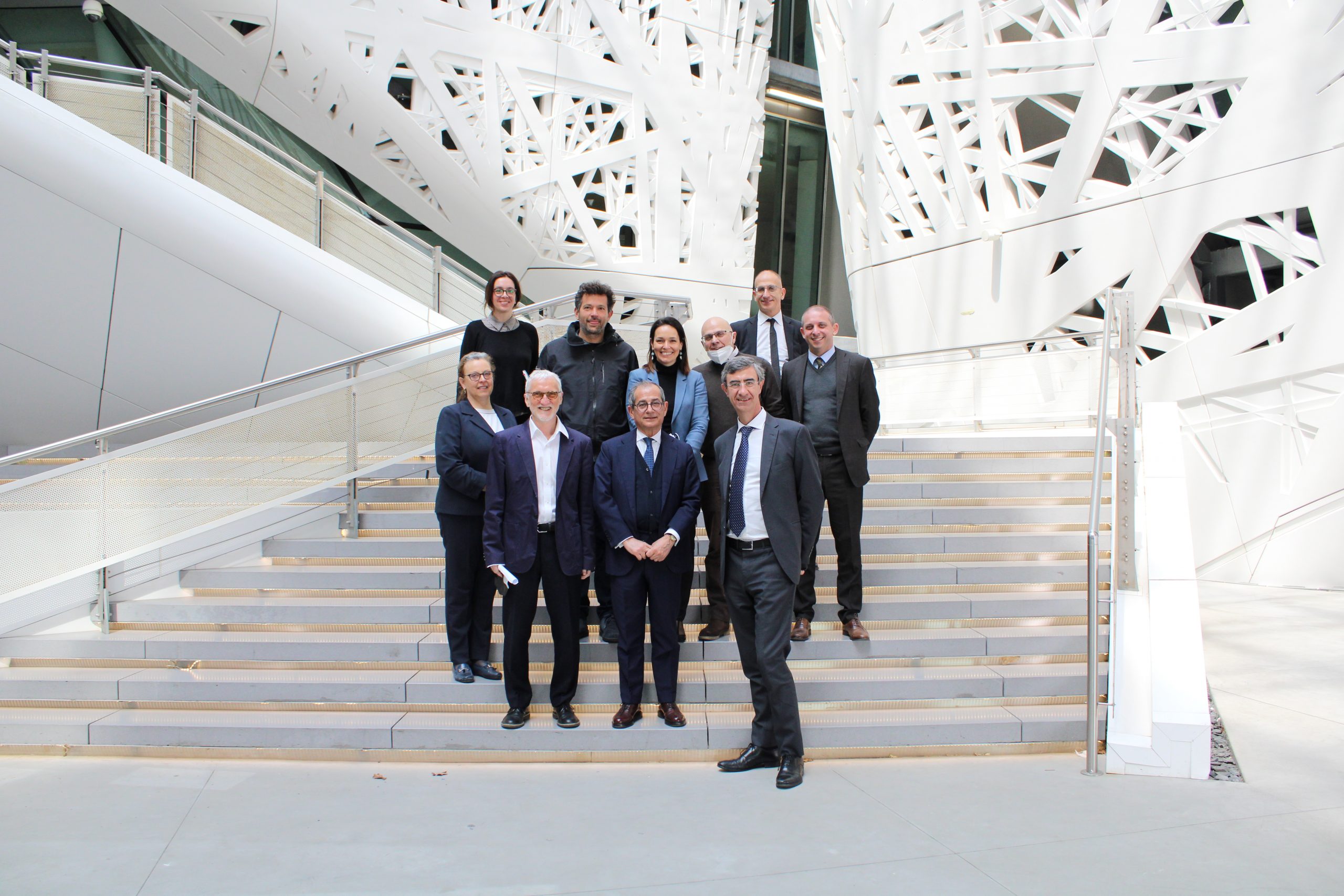 On April 6, 2022, Human Technopole’s Center for Innovation and Technology Transfer (CITT) in Life Sciences hosted a delegation from Enea Tech and Biomedical Foundation.

The visit was attended by:

The meeting was a useful opportunity to share and think of the mission of the respective entities, and evaluate possible areas of collaboration and synergy.

At the end of the meeting, the Enea Tech and Biomedical delegation visited the Human Technopole laboratories together with the Institute’s Director, Iain Mattaj and CITT Coordinator and Management Committee member, Fabio Terragni.