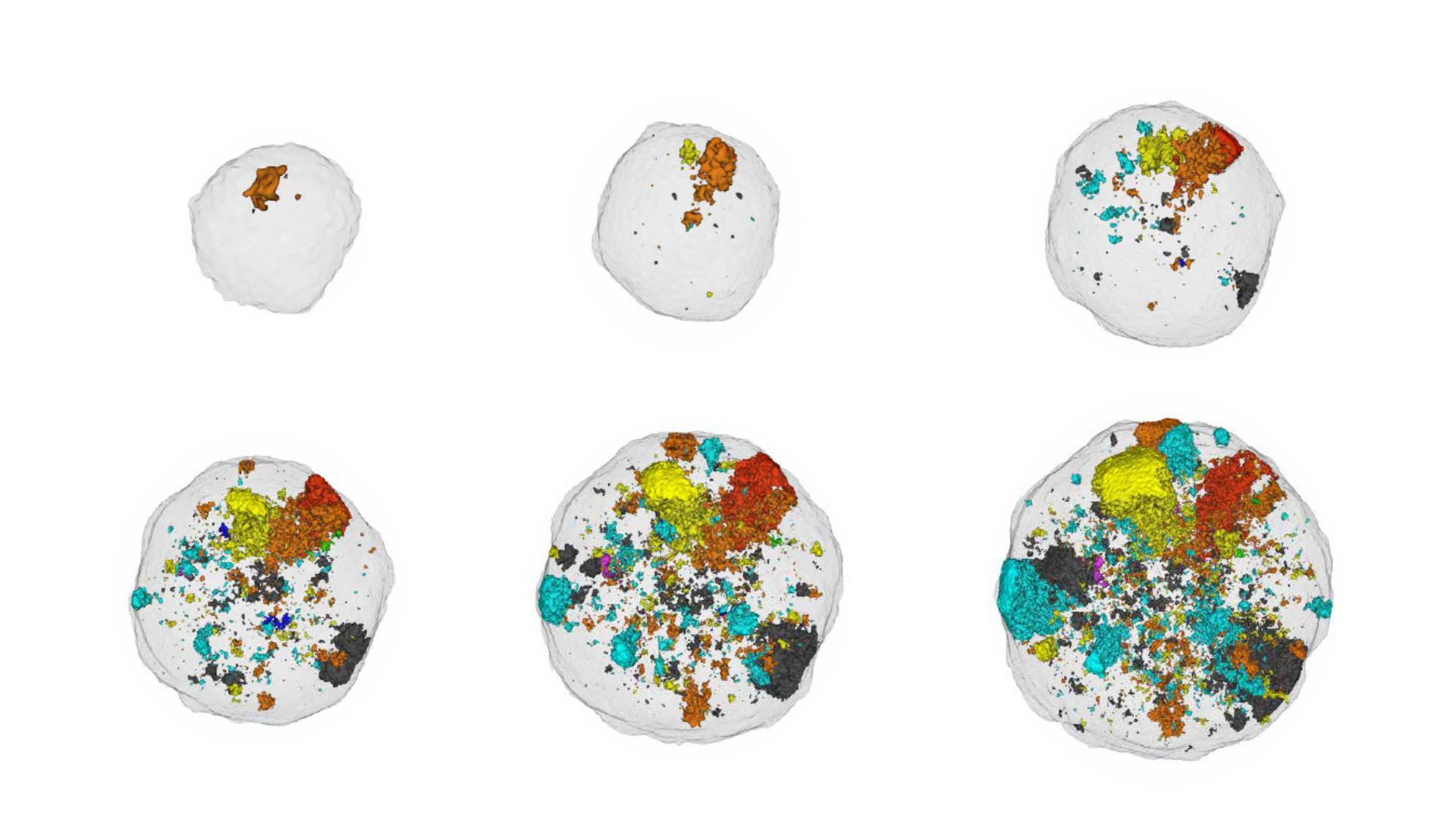 An international study co-ordinated by Andrea Sottoriva, Head of Human Technopole’s Computational Biology Research Centre, together with researchers from the Institute for Cancer Research (ICR) in London, reveals that key changes that explain mechanistic aspects of the onset and development of intestinal tumours come not only from genetic mutations, but also from so-called ‘epigenetics’ and in particular chromatin alterations. Chromatin determines how the code of life is packaged and thus used by cells. The journal Nature today devotes two articles to the results of the study, the evidence of which could lead to the identification of new therapeutic targets.

Milan, 26 October 2022 – Just as in physics there is visible matter and ‘dark’ matter, without which fundamental forces and phenomena cannot be explained, DNA mutations alone, now widely studied, are not enough to explain when and how colorectal cancer develops. A new scientific study, coordinated by Prof Andrea Sottoriva, Head of the Computational Biology Research Centre at Human Technopole, and Prof Trevor Graham of the Institute of Cancer Research (ICR) in London, identifies this ‘dark’ factor in epigenetics, i.e., the way the code of life within cells is packaged. In particular, the study assesses the role of alterations in cancer of chromatin, the structure in which genetic material collects within the cell nucleus. Its shape, in fact, determines the accessibility of genes and, consequently, whether they are hidden or exposed to those molecules that, like switches, activate them.

The results of this study are published today in one of the most important international scientific journals, Nature.

The evidence presented today for the first time could lay the foundations for the development of new therapies against colorectal cancer, which is now the third most frequent cancer in the world[1] and the second leading cause of cancer death in Europe[2] .

The research project resulted in two dedicated articles. In the first, in addition to demonstrating that DNA alterations are not in themselves sufficient to explain the evolution of colorectal cancer and that chromatin alterations play a key role, researchers mapped the genetic and epigenetic heterogeneity of this particular type of cancer for the first time by conducting molecular analyses on tissues from patients at the University College London Hospital with primary colorectal cancer.

The evidence presented in the second article offers further insights into the evolution of intestinal carcinomas. These tumours are indeed characterised by strong intra-tumour heterogeneity – i.e., within the same tumour there are clear cellular diversities – and inter-tumour variability – i.e., the tumour manifests itself differently in different patients. The researchers found that most of the heterogeneity in gene expression within a tumour is not heritable but rather ‘plastic’: a variability that does not depend on genetics but on different factors, such as the environment where the cells reside. The concept of ‘heterogeneity’ is crucial not only for the prognosis of cancer patients but also for the development of new therapies that counteract the onset of drug resistance and thus recurrences.

Andrea Sottoriva, Head of the Computational Biology Research Centre at Human Technopole, emphasises: ‘With this study, we have prospectively characterised molecular profiles in primary colon cancer by carrying out various analyses on more than 1,300 samples. Looking specifically at chromatin alterations and heterogeneity in gene expression, we found that genetic mutations alone are not sufficient to explain the mechanisms of occurrence of colorectal cancer. These are significant findings that could pave the way for finding new drug targets and improving the efficacy of currently existing treatments for this type of disease.“

Human Technopole Director Iain Mattaj comments: ‘The results of this study represent an important step forward in our understanding of the basic mechanisms that regulate the development and growth of colorectal cancer. This same knowledge has wider value because it illustrates mechanisms that are potentially common to other types of cancer cells. Moreover, we now have another area in which to develop future tools to counteract the development of this type of cancer, one of the most prevalent today‘.

To conduct the study, researchers took and analysed colon tissue samples where cancer was present and compared them with healthy tissue. The samples were taken from 30 patients at University College London Hospital with primary colorectal cancer. Researchers examined different regions of these samples: cancerous tissue located close to the tumour edge, normal tissue and, when present, corresponding benign adenomas. By sequencing the samples, the researchers assessed how frequent alterations in chromatin structure are, often in genes responsible for tumour development.

The researchers found that chromatin alterations are not only stable and heritable but can also influence the accumulation of genetic alterations that drive the evolution of colorectal cancer.

The researchers then focused on the interaction between genetic variation and gene expression profiles in the development of colorectal cancer and revealed the impact of these changes on cancer evolution.

Heritable genetic and epigenetic variation together with non-heritable transcriptional plasticity contribute to intratumor heterogeneity. The researchers investigated the interplay of these biological processes and their respective contribution to tumour evolution. The data presented suggest that most intertumoral genetic variation in colorectal cancer has no phenotypic consequences and that transcriptional plasticity is instead widespread within a tumour.

THE RESEARCH CENTRE FOR COMPUTATIONAL BIOLOGY

The Research Centre for Computational Biology at Human Technopole aims to develop new mathematical and computational approaches for the analysis and interpretation of medical and biological data.

It uses statistical, bioinformatics and artificial intelligence approaches to study a variety of biological issues, in particular to understand the mechanisms and dynamics associated with diseases.

Within the Centre, the  Sottoriva G Group is particularly concerned with deciphering the dynamics of cancer in patients in terms of growth, progression and resistance to treatment through mathematical and computational approaches applied to molecular data, with the aim of predicting the future course of the disease and thus intervening at an early stage.

The co-evolution of the genome and epigenome in colorectal cancer