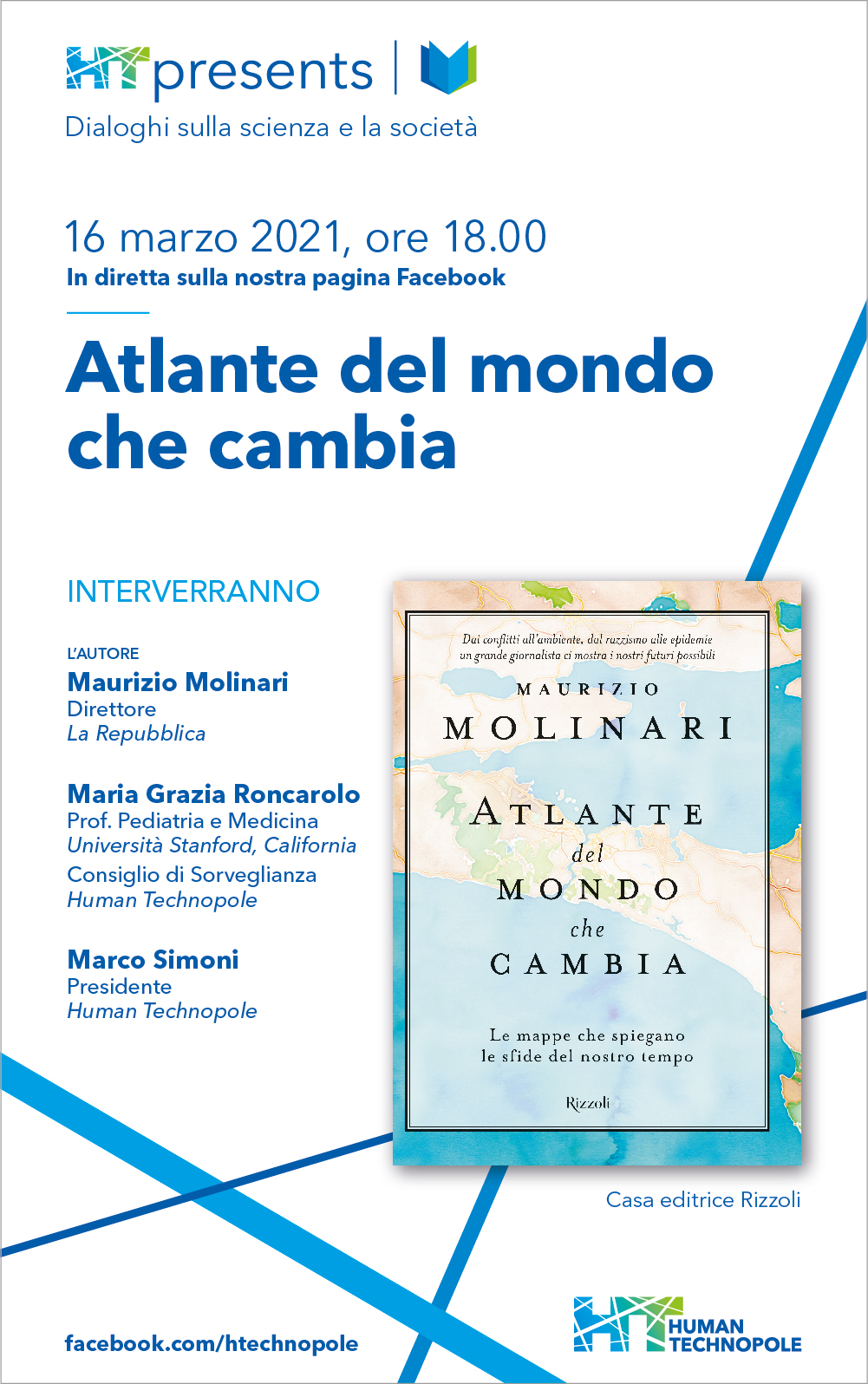 The Human Technopole Foundation is pleased to invite you to a series of events to discuss science, innovation and society.

In line with its mission, Human Technopole organises meetings, initiatives and activities aimed at promoting scientific dissemination to reinforce the message that science is a public good.

Each ‘HT presents’ will take the cue from the recent publication of an essay to prompt a debate between the author, Human Technopole and representatives of the academic, scientific and business world.

The initiative will kick off virtually, until we are able to safely return to organising in-person meetings and events.