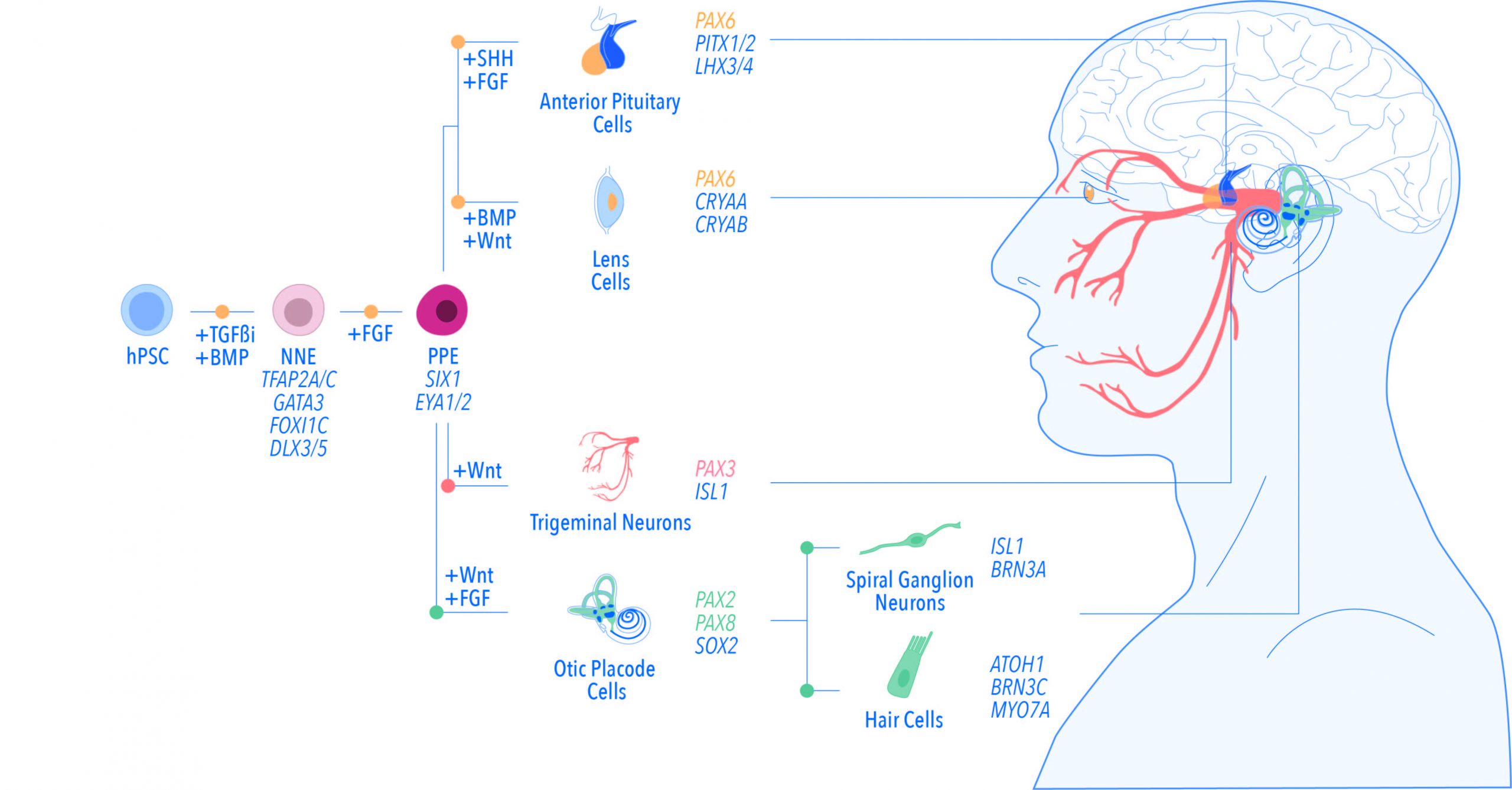 Differentiation of pluripotent stem cells (PSCs) has successfully been used to study tissue and organ development in vitro. Eleonora Conti and Oliver Harschnitz review the pros and cons of using human PSCs to investigate the development of placodes – embryonic structures giving rise to diverse organs – during the early steps of human embryonic development in health and disease.

The ectoderm is the outermost germ layer of vertebrate embryo during early developmental steps. Thickened ectodermal regions named placodes are involved in the formation of sense organs such as ear, nose, eye, and sensory neurons. Signalling and regulatory networks driving placode development have been mainly characterised in animal models but remain poorly investigated in the context of human embryonic development, due to the limited availability of foetal tissue samples and ethical issues related to this kind of research. Reprogramming adult human somatic cells into pluripotent stem cells (hPSCs) that can differentiate into any cell type of the body may bypass such limitations, at least in part.  Differentiation of hPSCs into placodal progenitors and placode-derived tissues has contributed to expanding our knowledge about placode development and is complementary to such studies in animal models. Yet, placode development in human embryo is poorly understood.

Eleonora Conti and Oliver Harschnitz highlight the similarities between placode development in vivo and placode differentiation in vitro and provide an overview on how hPSCs can facilitate the study of placode development in human embryo in physiological and pathological conditions. The authors discuss the technical challenges of using hPSCs to model human development, such as reduced diversity of cell types arising from in vitro models as compared to those found in vivo, as well as diverse PSC differentiation protocols. Finally, they suggest that 3D models such as organoids may help to overcome these technical limitations and discuss the potential of high-throughput single-cell analyses of such models to shed light on the placodes’ origin(s) in the ectoderm.

The review is published in Development.