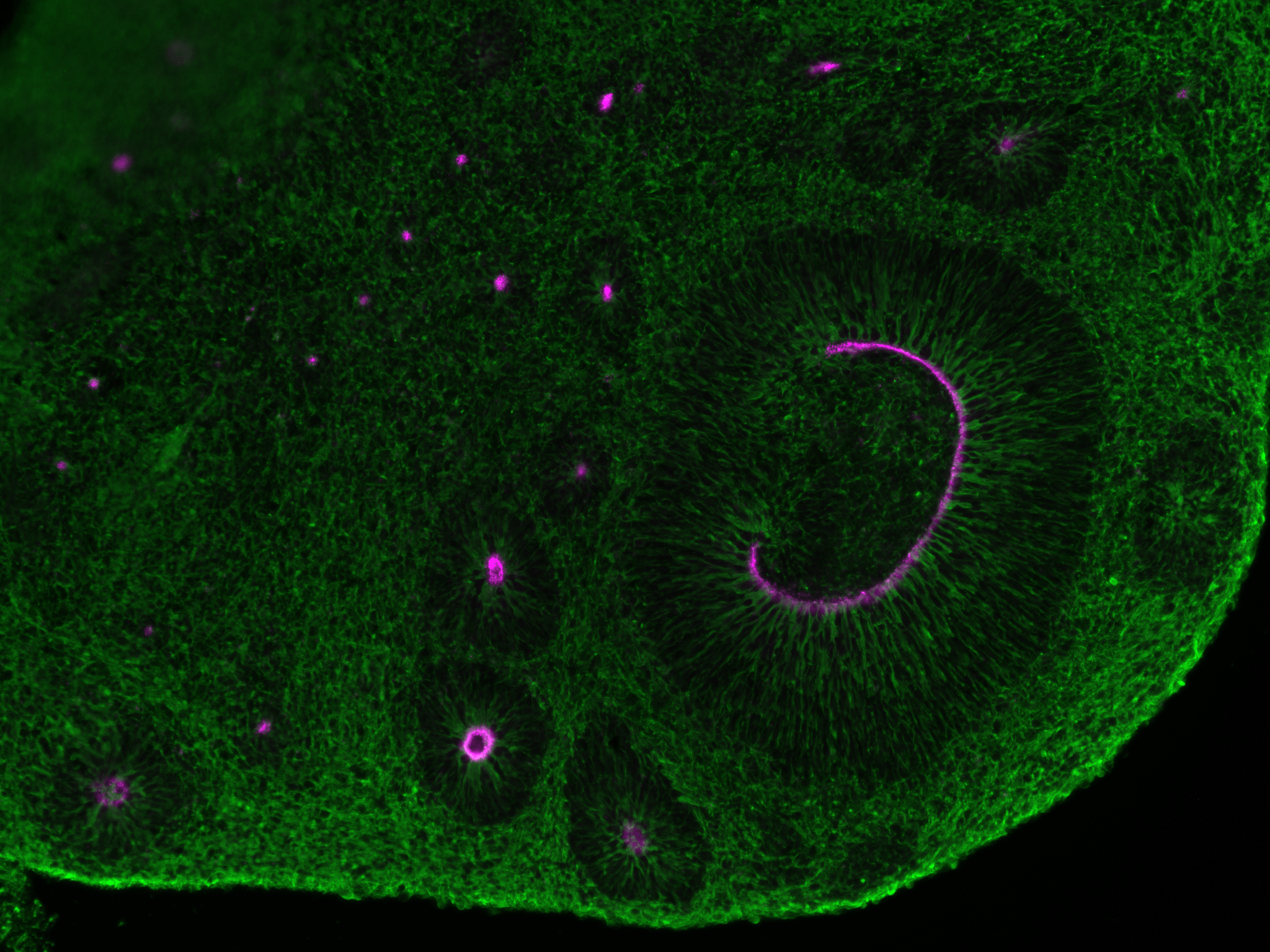 Nervous system organoids are three-dimensional (3D) cellular models derived from human pluripotent stem cells that represent key tools to study the development of the human nervous system. In a perspective article published in Nature, Giuseppe Testa and colleagues critically review the origin, nomenclature, and classification of these popular neuronal 3D cellular models. Their work proposes a set of golden rules that will revolutionise and facilitate communication for a broad scientific and non-scientific community on human brain development, evolution, and disease, with the promising potential of fostering progress in these fields.

Human pluripotent stem cells have the remarkable capability to self-organise in millimetre-sized cellular aggregates that recapitulate some of the key features of a given tissue or organ, generally named “organoids”. These 3D cellular models have proved particularly useful for studies that investigate the human brain and nervous system development; this type of scientific investigation is indeed often limited by the availability of samples and the involvement of ethical issues on research run on human materials and involving patient cohorts. To date, many different names and classifications have been used to refer to 3D cellular neural models, making it challenging for both experts and nonexperts to collate progress and unmet needs in the field.

To clear the ground, Giuseppe Testa – Head of the Neurogenomics Research Centre at Human Technopole, Professor of Molecular Biology at the University of Milan, and Group Leader at the European Institute of Oncology – and other prominent experts discussed this important matter during the Cold Spring Harbor Laboratory meeting on 3D modelling of the human brain. This fruitful interaction resulted in the definition of clear guidelines for a broad and flexible classification of these very popular 3D cellular models of the nervous system.

“We trust that this effort will further scientific advancement and communication among scholars, policymakers and the lay public alike, promoting collaborations and facilitating standardization and benchmarking efforts within the community spearheading this transformative field” says Giuseppe Testa.

The researchers focused on the three main classes of state-of-the-art 3D neural models, namely i) Organoids, defined as cellular systems that self-organise in vitro and exhibit some morphological and functional features of an organ; ii) Assembloids, which are self-organizing cellular systems, arising from the combination of different types of organoids derived from the same or different individuals; and iii) Grafted Organoids or Grafted Assembloids, that represent organoids or assembloids transplanted into animal models. Furthermore, the authors acknowledge the existence of two main categories of neural organoids, based on the level of molecular guidance (i.e., the addition of small molecules or factors that promote the generation of a particular region or collection of cell types) provided by scientists during the differentiation of pluripotent stem cells into organoids.

The use of terms such as mini-brain, brains-in-a-dish, humanized animals, and animal-human chimaeras to refer to self-organising neural organoids/assembloids/grafted organoids is highly discouraged by this panel of experts, as these in vitro models lack the complex mental and cognitive features that are typical of real organs and living organisms.

While these new criteria should remain flexible to adapt to new scientific developments, the scientists recommend avoiding excessive renaming for now.

In summary, Testa and colleagues provide a unifying framework for the nomenclature of human 3D cellular neural models that will catalyse further discussions, promote public support and trust, and accelerate progress neuroscience within and across fields.