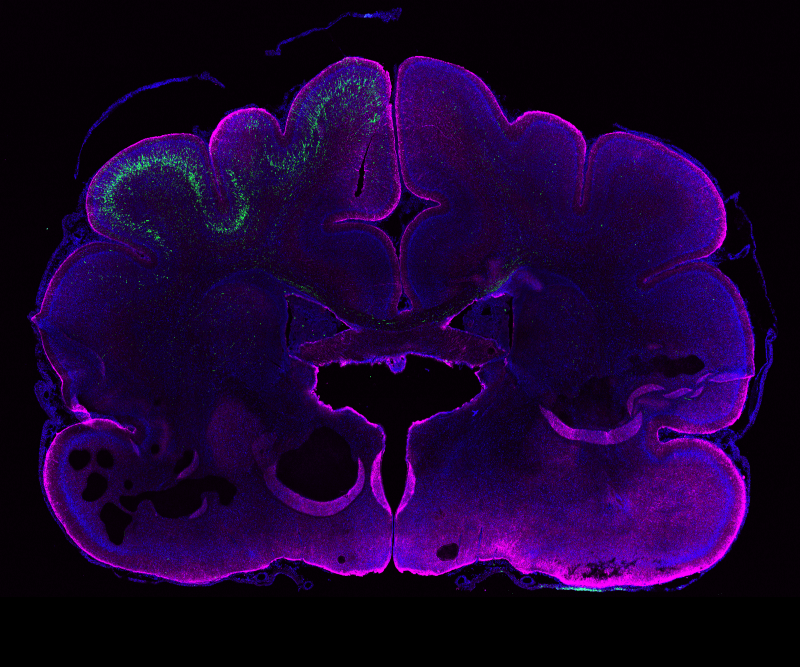 The neocortex is the part of brain involved in a variety of higher cognitive functions, including language. During human brain evolution, the neocortex underwent a dramatic expansion, which is considered to be the basis for the unparalleled cognitive abilities of humans. Cognitive impairments often result from altered size or shape of the neocortex, which in turn are caused by defects in the proliferation of neural stem cells in the early stages of brain development. In the adult brain, the same developmental pathways can be hijacked by cancer cells allowing them to proliferate. However, we still understand very little about the mechanisms that are at the basis of those processes.

The research of the Kalebic Group focuses on the molecular and cell biological mechanisms underlying human neocortical development and its implications for neurodevelopmental disorders and brain cancers. In the context of neurodevelopment, we are studying molecular and cellular characteristics of neural stem cells whose impairment results in an alteration of the neocortical size and shape, which can lead to intellectual disabilities, such as Down syndrome. In the context of brain cancers, we are interested in the molecular and cell biology of glioblastoma stem cells to identify new targets associated with the cancer proliferation and invasiveness.