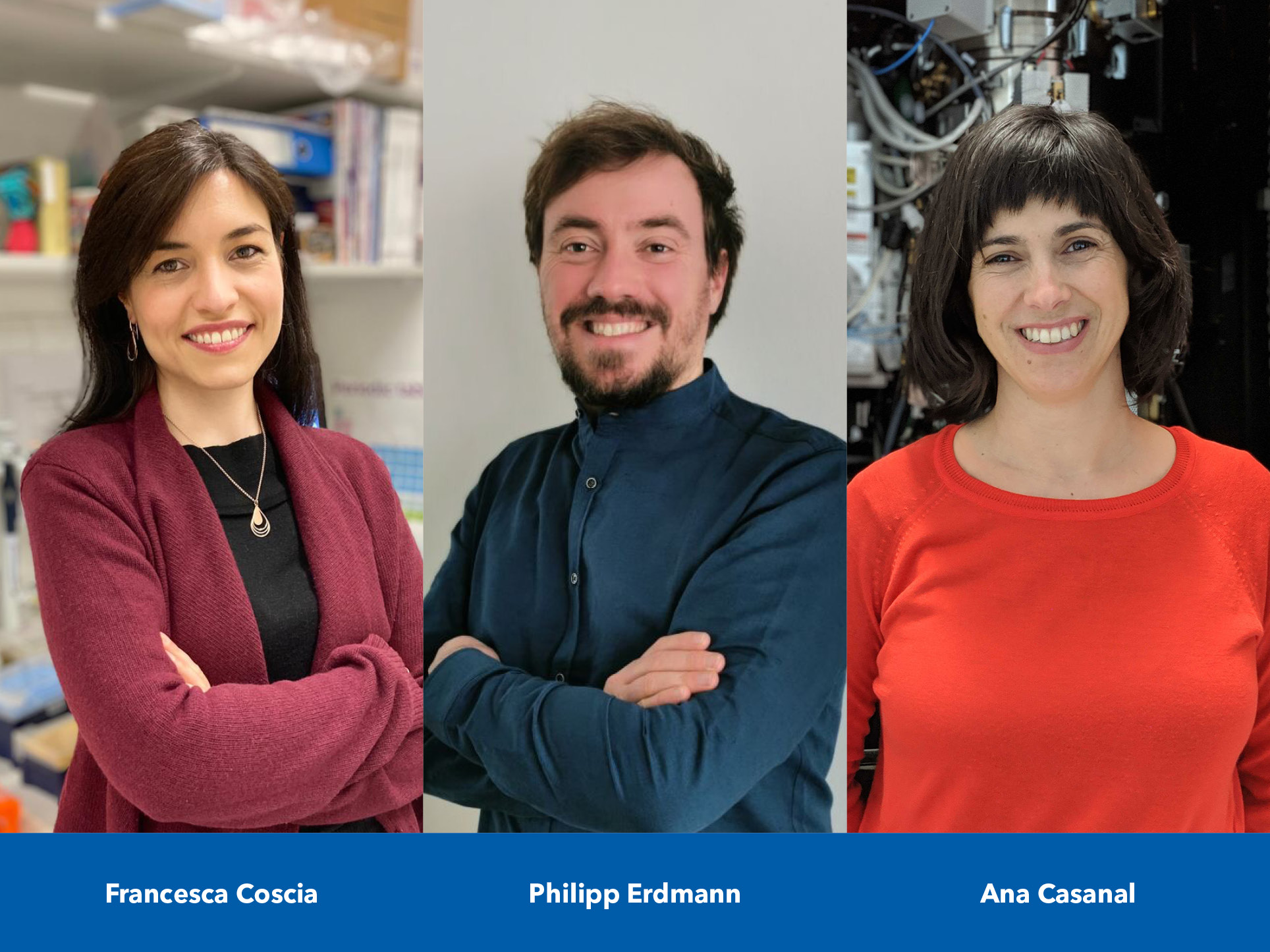 The year is off to a good start for our Structural Biology Research Centre, with the arrival of three new Group Leaders following the open recruitment call which opened in April 2020.

Francesca Coscia, an Italian biochemist and Cryo-EM expert currently at the Medical Research Council Laboratory of Molecular Biology in Cambridge, UK. Her research focuses on the molecular mechanisms behind thyroid function and disease. She has already started a collaboration with HT and will be joining full time in May 2021.

Philipp Erdmann is a German chemical biologist and microscopist. After five years as a project group leader at the Max Plank Institute for Biochemistry in Martinsried, Germany, he has joined HT in February 2021. At HT his lab will focus on the analysis of liquid-liquid phase separation (LLPS) effects using in situ cryo-electron tomography. LLPS is often involved in crucial processes of both transmittable and non-transmittable human diseases, including virus infections and neurodegenerative disorders.

Ana Casañal is a Spanish biochemist and integrated structural biology expert with a focus on Cryo-EM. Since 2014, she has been a postdoctoral researcher leading Cryo-EM projects at the Medical Research Council Laboratory of Molecular Biology in Cambridge, UK. At HT her group will combine cutting edge Cryo-EM with biochemical and biophysical methods to unravel the mechanisms of mRNA processing machines to help reveal how their deregulation impacts human disease. She will be joining HT in March 2021.

We are excited to have Francesca, Philipp and Ana join HT and we look forward to welcoming them to Milan.